IRVINE, CA - Even before any other fast food chains broke into the plant-based sector, Taco Bell was well-known as a vegetarian-friendly option. With the ability to swap beans for meat, virtually every menu item is available to those looking for alternative protein options. As options like the Impossible and Beyond Meat plant-based burgers have come to light, Taco Bell now decided to make its foray into fake meat. Following the introduction of its new “veg-centric” menu just a few months ago, the chain recently released a ground beef alternative made primarily from oats.

New reports have emerged that Taco Bell first introduced its new oat-based “Oatrageous” Taco in Finland, which has since landed in Spain as well, with a full European release planned for 2020, according to delish. The taco’s “meat” filling is made from pulled oats and legumes, but is mixed with the same seasoning used in Taco Bell's ground beef, making the plant-based meat a viable alternative in terms of taste. 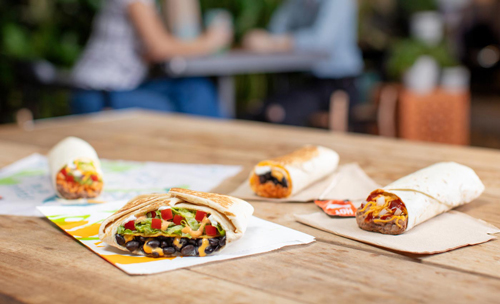 Taco Bell has released no official announcement to bring the Oatrageous Taco to the U.S., but if the new menu offering takes off, the chain may be forced to cave to demand.

Vegetarians in the U.S. can only hope that this new offering will pop up Stateside. Until then, stick with us at AndNowUKnow.