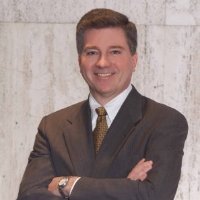 “The company thanks Rick for his many contributions to the success of the company during his tenure as Chief Financial Officer and wishes him continued success in his future endeavors,” said Frank Curci, President and CEO.

David Langless, Vice President and Chief Accounting Officer, will serve as interim CFO, according to the Rochester Business Journal. Mills, who also resigned from the company’s board of directors, will continue to serve as a consultant as needed through the end of 2014.

Mills served as SVP and CFO for Tops since November 2010. According to Bloomberg Businessweek, he served as CFO, SVP, and Treasurer of Weis Markets, Inc. from April 2002 to July 9, 2009. He founded William R. Mills Consulting, which advises owners of small and mid-market companies in connection with value enhancement.

AndNowUKnow wishes William the best of luck in the next stage of his career.