BENTONVILLE, AR - Wal-Mart has said 500,000 full-time and part-time associates, nearly half of its workforce at Wal-Mart U.S. stores and Sam's Clubs, will receive pay raises in April to at least $9 an hour. This raise will top the federal minimum wage by 24% and take a bite out of the company’s profit this year.

By next February 1, their pay will go to at least $10 an hour, according to CNN. The company said workers will also have more control over their schedules, but it declined to give details of those changes. Wal-Mart also said it would invest more in training to give entry-level workers greater chance for promotion.

The wage scale and other improvements in work conditions will cost the company about $1 billion in this fiscal year, CNN writes. Wal-Mart's pay and employment policies have been the focus of protest by some workers and outside labor groups seeking to organize Wal-Mart employees. Black Friday protesters last year were demanding a $15 an hour pay minimum across the company.

Currently, only about 6,000 Wal-Mart employees out of more than 1.2 million nationwide are paid at the $7.25 an hour federal minimum wage, according to the company. It employs more U.S. workers than any other business.

Once the company's starting pay rises to $9 an hour in April, the average pay for full-time retail workers there will be about $13 an hour, according to CNN. Wal-Mart has previously said that the average wage already stands at $12.94 an hour.

The decision comes as the vast gap between the richest Americans and the rest of the country has become a key political issue for both parties, writes The Wall Street Journal. Wal-Mart, with its low wages and scheduling policies that critics say make it hard for part-time employees to predict their hours, has long been a flash point for that debate.

President Obama has proposed raising the federal minimum to $10.10 an hour, but Republicans in Congress have so far blocked those efforts. Many states have taken matters into their own hands and raised their own state minimum wage rates, either by action of the legislature or voter initiative.

"We're not taking a position on what the government does,"Carol Schumacher, Vice President of Investor Relations for Wal-Mart told CNN. "But anytime any company, whether it's us or someone else, raises wages, it's a help for the economy.”

The improved labor market, with employers hiring at the strongest rate since the 1990s, is giving workers a boost. The average wage nationwide climbed by 2.2% over the previous year, according to the Labor Department. 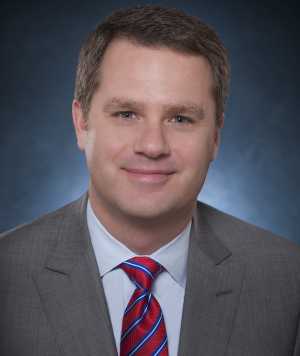 Chief Executive of Wal-Mart, Doug McMillon, has for months said the company would soon detach itself from the official minimum wage, joining retailers like Gap Inc. and Costco Wholesale Corp. that have committed to paying workers more than federal law requires. Aetna Inc. also said last month that it would boost the wages of its lowest-paid workers by as much as a third, to $16 an hour, to draw better prospects and reduce turnover, The Wall Street Journal reports.

OUR Wal-Mart, the union-backed group organizing protests at Wal-Mart, took credit for the company's announcement.

"We are so proud that by standing together we won raises for 500,000 Wal-Mart workers, whose families desperately need better pay and regular hours from the company," said Emily Wells, a leader of OUR Wal-Mart group.

Stay tuned to AndNowUKnow for continuing updates on this story.