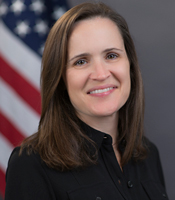 “Over multiple reporting periods, senior Walgreens executives misled investors about the company’s public financial goal,” Stephanie Avakian, Co-Director of the SEC’s Enforcement Division, said in the agency’s statement. “The penalty assessed against Walgreens is intended to punish and deter such conduct, which deprived investors of information necessary to make fully informed investment decisions.”

In The SEC’s statement that was released on Friday, the commission stated that the company, as well as former Chief Executive Officer Gregory Wasson and former Chief Financial Officer Wade Miquelon, misled investors about increased risk that Walgreens would miss a key financial target announced back in 2012, when the drugstore chain said it would merge with Alliance Boots.

As reported by Bloomberg, Walgreens initially said that by 2016, the combined entity would generate $9 billion to $9.5 billion in operating income and later reaffirmed the projection even after internal forecasts showed significant risk that the goal would be missed.

Walgreens and the executives agreed to resolve the SEC’s claims without admitting or denying wrongdoing, the company said in a statement. The statement also noted that the settlement does not involve any of Walgreens Boots Alliance’s current officers or executives, nor does it allege that anyone acted intentionally or recklessly at any time.

In addition to the company’s penalty, former executives Wasson and Miquelon each agreed to pay fines of $160,000.

For the latest in industry happenings, stick with us at AndNowUKnow.