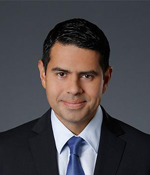 “Today’s consumer landscape is changing, and I believe Walmart’s unique assets position the company to meet the changing demographics around the world,” said Conde. “I look forward to working the Board and management team to help drive the company’s strategic plans and continued growth.”

In his new role, Conde becomes the 12th member of the Board and joins Walmart’s Audit Committee and Technology and E-Commerce Committee. In addition to Walmart’s Board, Conde serves as Chairman on NBCUniversal’s Executive Committee, in which he is responsible for the operations and international expansion of NBCUniversal businesses. He also serves as Chairman of Telemundo Enterprises, in which he oversees the leading media properties serving Hispanics across broadcast, cable, and digital platforms, according to a press release.

“Cesar brings strong skills as a global executive and expertise in brand management, finance, digital, and media that will complement our Board of Directors’ experience,” said Greg Penner, Walmart’s Chairman of the Board. “We look forward to his strategic insights as we continue to drive the transformation of Walmart to better serve customers and win in an omni-channel world.”

In 2013, Conde joined NBCUniversal as Executive Vice President, assuming his current role in 2015. Prior to working for NBCUniversal, Conde worked with Univision Networks for ten years, serving in a variety of senior executive capacities including President. He also worked at one of the first internet companies focused on Spanish- and Portuguese-speaking audiences, StarMedia Network and for Salomon Smith Barney’s Mergers & Acquisitions Group, as well as served as the White House Fellow for Secretary of State Colin L. Powell from 2002-2003.

Currently, Conde serves on the PepsiCo Board of Directors and is a Trustee of the Aspen Institute and the Paley Center for Media, a Full Member at the Council on Foreign Relations, and a Young Global Leader for the World Economic Forum, according to a press release.

Conde holds a B.A. with honors from Harvard University and an M.B.A. from the Wharton School at the University of Pennsylvania.

Congratulations to Cesar Conde on his new role!