AUSTIN, TX – Reporting solid sales and strong returns for shareholders in the wake of its announced acquisition by Amazon, Whole Foods Market announced financial results for its third fiscal quarter ending July 2, 2017. Meanwhile, seeing stock prices surge, some analysts have suggested that the acquiring company, Amazon, could become the first trillion-dollar company as a result of the proposed merger.

“For the quarter, we delivered record sales and free cash flow, and returned $44 million in dividends to our shareholders,” said John Mackey, Co-Founder and CEO of Whole Foods, in a company press release. “Our comparable store sales improved sequentially on a one- and two-year basis in the third quarter, and that momentum has accelerated 220 basis points in the fourth quarter, resulting in positive overall comps for the first three weeks.”

Highlights of the report included:

The company also noted operating cash flow of $277 million, free cash flow of $145 million, and returned $44 million in dividends to shareholders, ending the quarter with $1.5 billion of total available capital compared to $1.0 billion in total debt.

And while same store sales declined, financial news source Bloomberg reported that declines were less severe than anticipated, prompting many to speculate that the previously embattled retailer was on the rebound. 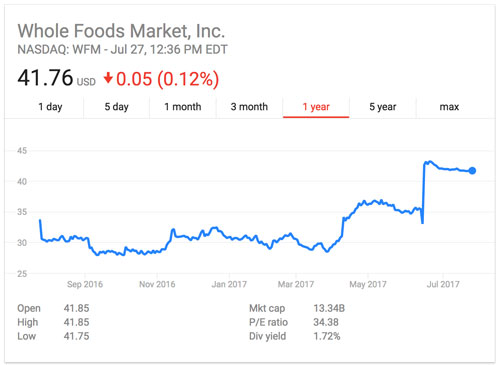 Whole Foods noted that the definitive merger agreement with Amazon—in which the tech-giant will acquire the grocer for $13.7 billion cash at $42 per share—will prevent the company from adjusting their outlook for fiscal 2017.

At the same time, analysts from CNBC have speculated that, barring any unforeseen circumstances, the completed merger between Amazon and Whole Foods could result in the former company’s stock doubling in value in a short time. Equity analyst James Cakmak, of Monness, Crespi, Hardt, & Co., told the news source that the company could reach a truly impressive record value. 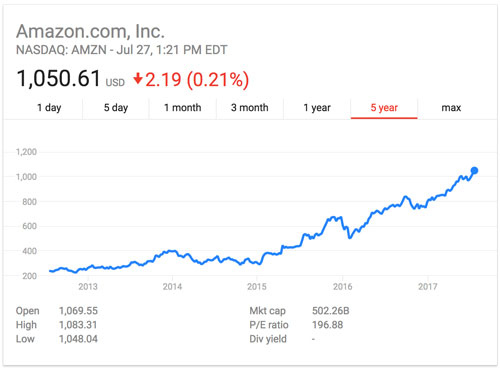 "Honestly, this could be the first trillion-dollar company,” Cakmak speculated on the financial news program “Squawk Box.” He added, “I mean there is very low risk for the FTC to not approve this deal. But if they do rubber-stamp it as a yes, I think there's very little to stop this from becoming a $2,000 stock."

What will the implications of this unprecedented growth be for fresh produce? AndNowUKnow will continue to report.