TOPSFIELD, MA - A loss has rippled through the larger-than-life-sized fresh produce growing community, as we mourn what could have been one of the greats.

At almost 2,000 pounds, Woody Lancaster’s world record contending pumpkin succumbed to recent rain after a dry spell, cracking in the patch inside the final weeks before the area’s fall fair.

"I heard of a tragedy today," Fair Manager James O'Brien said, according to The Salem News. "Woody's pumpkin—it didn't make it. It was almost 2,000 pounds. 25 days to go. I hate to rub it in, Woody, even talking about it." 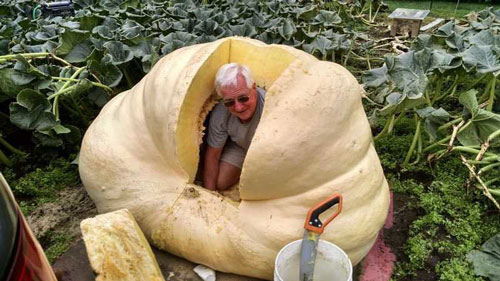 While O’Brien’s statement was mostly said in jest, it is a sad situation for the grower and his prize, which weighed nearly a whole ton.

The fair is set to place Saturday, Oct. 8th. To see exactly how big the monstrous gourd managed to get, Lancaster and Hoomis cut up and weighed the pieces: 1,980 pounds. 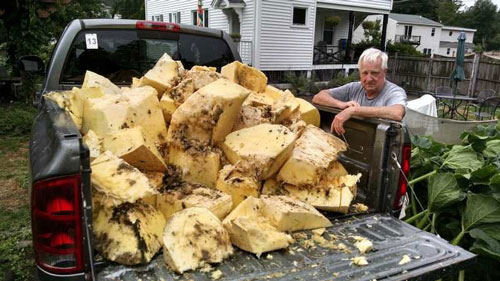 While a sad end to this particular contender, it might not be the end of the story.

Lancaster, who previously took home the fair’s weigh in title in 2013, and last year placed second, has one more pumpkin in the patch. While it is about 400 pounds less than its sibling, Lancaster told the news source it’s still growing.

He may walk with the title yet. As we reported previously, in the right conditions these plants can grow upwards of 25 pounds a night. AndNowUKnow will continue to follow this veggie venture and its conclusion, so stay tuned.