CIBOLO, TX - Flags should be flown at half mast today, as one of the nation’s most beloved icons was fatally injured yesterday morning. That’s right, it’s another truckload of produce whose life was cut short. This time, the victim is 40,000 lbs of highly-sought after avocados. The spill was the unfortunate result of a major semi collision that took place in Cibolo, Texas, on the eastbound side of Interstate 10.

“As of 9 a.m. this morning, the Texas Department of Transportation had crews en route to clean the site,” Matt Schima of the Cibolo Police Department said to CNN. “Two occupants, to include the avocado truck driver, were transported by EMS from the scene in stable condition. A third vehicle, a passenger van, was also involved and driven from the scene.” 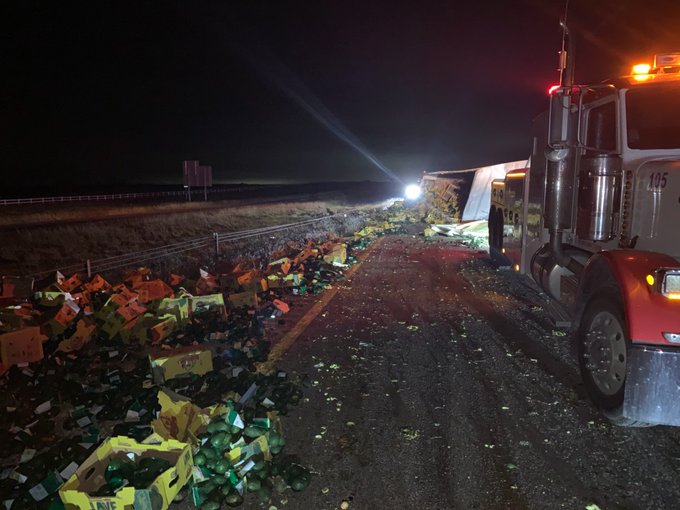 As the accident took place at 12:41 a.m., according to IBT, that meant that the road was closed for over eight hours before clean-up crews arrived. Due to concerns of a slippery road, the clean up carried on until 1 p.m., a full 13 hours after the crash occurred.

While Cibolo police made light of the situation with #whynotdonuts, the spill comes as a costly blow to the category. IBT reported that as of July, the average price of an avocado was about $2.10. I’m no mathematician, but at 40,000 lbs, that’s a lot of moolah!

My thoughts are with the families of those fallen avocados this week. To keep up with the latest industry news, keep reading AndNowUKnow.