$515,000 Worth of Marijuana Seized from Lime Shipment

PHARR, TX – A few weeks ago, what appeared to be a mere ordinary shipment of carrots made headlines all over the news after U.S. Customs and Border Protection officers found a hidden cache of marijuana hidden inside. As it turns out, that wasn’t the only fresh produce drug bust that week.

On January 15, officers at the Pharr International Bridge discovered 2,575 pounds of marijuana contained within 515 packages inside a commercial lime importation shipment from Mexico. The packages were concealed in wrapping that was decorated with images of limes. Sounds like Christmas came a little too late.

The estimated street value of the suspected narcotics is $515,000, according to a press release. 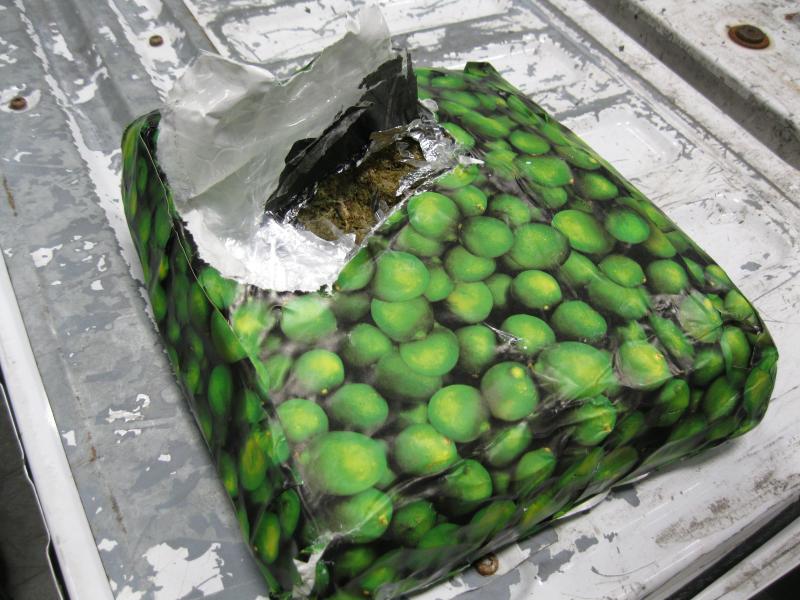 The drugs were found after the shipment was referred for a secondary examination following a preliminary non-intrusive imaging system inspection.

“Within a week, our officers assigned to the Pharr International Bridge cargo facility have intercepted two substantial loads of marijuana, carrying over a ton of the illegal narcotic,” said Efrain Solis, Port Director, Hidalgo/Pharr/Anzalduas Port of Entry. “We are continuously watchful and alert to prevent these illicit activities from transpiring at our international crossings.”