Albertsons and Sprouts Farmers Market in Talks to Merge

BOISE, ID – The buy-side sector is buzzing this morning as unearthed reports are marking Albertsons and Sprouts Farmers Markets for a potential merger. The two companies have reportedly held preliminary talks in regards to the strategic move.

People close to the matter, Bloomberg reported, stated that the companies have engaged in early stage discussions for a merger in recent weeks– though they also asserted these talks may not guarantee the deal's realization. 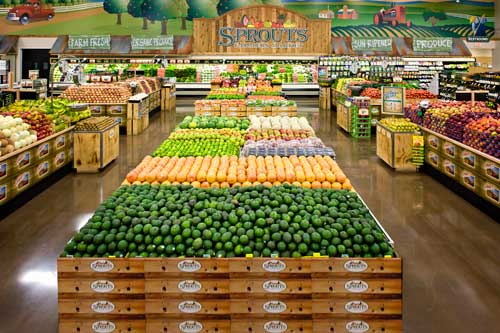 If merged, Sprouts would add a significant presence of natural and organic foods to the chain of banners under the Albertsons name. As for Sprouts, this move would take the currently public chain private under the ownership of Albertsons’ parent, Cerberus Capital Management.

At this time, Cerberus and Sprouts have not commented on the proposed merger, although Albertsons spokeswoman Chris Wilcox did state, according to USA Today, that the company does not comment on rumors or speculation.

Thus far, a number has not been revealed for the potential transaction, although Seeking Alpha speculated that a bidding war could ensue as the companies move further towards a merger.

Will the industry see more retail banners join forces admist a tight market? AndNowUKnow will report as the news unfolds.