SEATTLE, WA - Exciting news to come from Amazon recently is two-fold, and as a trade writer and resident of the Sacramento, California, area it has me keeping my fingers crossed. It has been reported that the retailer is considering the Sacramento area in plans to expand its Amazon Fresh location. Additionally, the company also officially opened its Bloomingdale, Illinois, store.

The news stems from a recent Bloomberg report in which it was mentioned that 28 new locations were in the works from Philadelphia to the Sacramento suburbs. 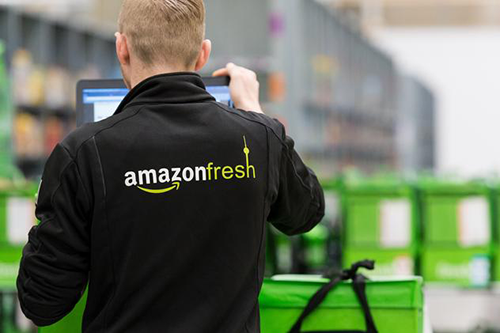 Amazon has not yet commented on the speculation, and no official reports have been released. AndNowUKnow has also reached out for comment.

Further adding to the claims, the Bloomberg article mentioned that Amazon has tended to favor vacant retail storefronts, such as former Toy “R” Us locations, as well as shuttered grocery stores. A recent story in The Sacramento Business Journal reported that an undisclosed grocery name would be moving into a now closed Toys “R” Us location in Roseville, California, leading us to wonder if it could be Amazon Fresh?

The retailer currently operates in locations ranging from California to Illinois, where Amazon’s most recent Fresh store was just unveiled. As we reported in December of last year, the brick-and-mortar store is situated in Bloomingdale, Illinois, and stands at 40,000 square feet.

Amazon Fresh’s Bloomingdale location was officially opened on March 10, 2021. The location offers same-day delivery and pick-up for Prime members, Dash Cart technology to allow consumers skip the checkout line, and new Alexa features to help shoppers manage their shopping lists and navigate the aisles, according to a press release.

Where will the next Amazon Fresh location make its debut? Only time and AndNowUKnow will tell, so stick around for answers.