SEATTLE, WA – Amazon is one step closer to completing its now-famous acquisition of Whole Foods, undergoing a strategy rarely utilized by its operations to do so. The Wall Street Journal reported that Amazon sold $16 billion of bonds earlier this week to help fund its impending purchase.

The move was reportedly met with strong demand from investors. This debt sale was a rare one for Amazon, making it only the online giant’s fourth since 1998. The last time Amazon frequented the debt markets was in December 2014, WSJ reported Dealogic as saying.

Amazon benefitted from favorable price adjustments across seven maturities. An anonymous person familiar with the deal stated that one of these transactions included a $3.5 billion 10-year bond sold at a 0.9-percentage-point-yield-premium to Treasurys. This was reportedly below the 1.1-percentage-point-guidance that was set earlier in the day by underwriters. The other six portions of the sold bonds ranged from 3 to 40 years.

WSJ also cited Dealogic as naming this sale as being the fourth-largest U.S. corporate bond deal this year. Moody’s Investors Service also affirmed earlier this week Amazon’s Ball rating, changing its outlook from positive to stable. Moody’s also stated that benefits of the upcoming acquisition outweighed the extra debt being taken on to fund the deal. 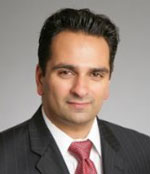 Amazon has relatively little debt outstanding compared to companies with similar credit ratings, “making it a good opportunity for a lot” of debt investors, as described by Director of Fixed Income at Foresters Investment Management Company, Rajeev Sharma.

As of June 30 and prior to this announcement, Amazon reported $7.68 billion of long-term debt, with more than $21 billion of cash and marketable securities.

Will taking advantage of favorable borrowing conditions yield more positive results for Amazon as the e-commerce giant moves ever closer to its Whole Foods purchase? AndNowUKnow will report.