Amazon Nears Decision for HQ2 with Atlanta, Boston, and More at the Top

SEATTLE, WA – After announcing plans to establish a secondary headquarters—a $5 billion campus dubbed HQ2—in September of last year, Amazon narrowed its field to 20 qualifying cities in late-January of 2018. And a recent Bloomberg BNA report suggests one key determinant may have come into play when qualifying potential HQ2 sites—a supply of local “tech talent.”

According to the news source’s report, representatives from municipalities including Detroit, Michigan; Cincinnati, Ohio; Baltimore, Maryland; and Charlotte, North Carolina, reported being disqualified from Amazon’s search because of a lack of tech-savvy labor. Conversely, many mid-sized cities with emerging tech sectors like Columbus, Ohio; Indianapolis, Indiana; and Austin, Texas, made the grade—prompting speculation that an ample supply of local tech workers may be the overriding factor that Amazon is considering. 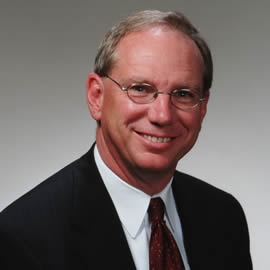 “If you’re going to hire 50,000, and you need 30 applications to fill each job, that’s 1.5 million just to apply,” Mark Williams, Board Chair for the Site Selectors Guild and President of Strategic Development Group, told Bloomberg Law. “That’s every Tom, Dick, Harry, and grandmother for smaller cities. You either have to have the people there or you have to move in a couple million more.”

Bloomberg BNA’s report goes on to note that all of Amazon’s top-20 HQ2 finalists have elite tech talent, and only six of the finalist cities have less fewer than 50,000 tech workers, according to the 2016 U.S. Bureau of Labor Statistics.

Further, the report speculates that because Columbus and Austin—two cities considered dark horses by some—are the only cities in the United States with a population greater than 1 million, a flagship university, and a state capital, these two cities may be two strong contenders for HQ2.

Where will Amazon’s massive $5 billion HQ2 land? AndNowUKnow will keep you up-to-date with news on this and other important retailers.