DALLAS, TX – In a saucy move from Avocados from Mexico (AFM) and Tabasco®, the two companies have announced a national partnership and new Fiesta Del Fuego campaign anticipatory for the fast approaching Cinco de Mayo holiday.

“In the U.S., Cinco de Mayo has grown into a widespread celebration of all things Mexican, especially the food and drink,” said Alvaro Luque, President of AFM. “Pairing two category leaders – the always in season Avocados From Mexico and Tabasco® – creates a strong and recognizable partnership as well as the perfect dishes for celebrating Cinco de Mayo with family and friends.” 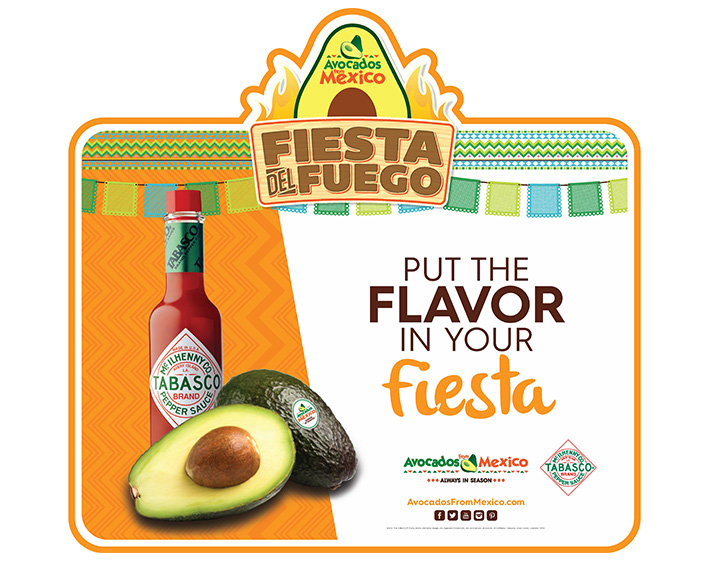 Fiesta Del Fuego promotions will feature co-branded in-store bins and joint displays to hold both companies, emphasized by striking branding designed by AFM and educational messaging and basic knowledge for each product.

In a recent press release, AFM Market Development Director Stephanie Bazan said, “In leveraging Cinco de Mayo, it only made sense to take a total market approach for this campaign, thus in the general and Hispanic markets given the relevance of the brand with these segments.”

According to AFM, this partnership plans to back the consumer sweepstakes with the following:

“We strive to provide our retail partners with innovative and impactful campaigns, which often include strategic partnerships like this one for Fiesta Del Fuego,” explained Maggie Hall, Vice President of Trade and Promotion at AFM. “The campaign is fully integrated with both brands supporting its promotion, which makes it resonate even more with consumers at the retail level.” 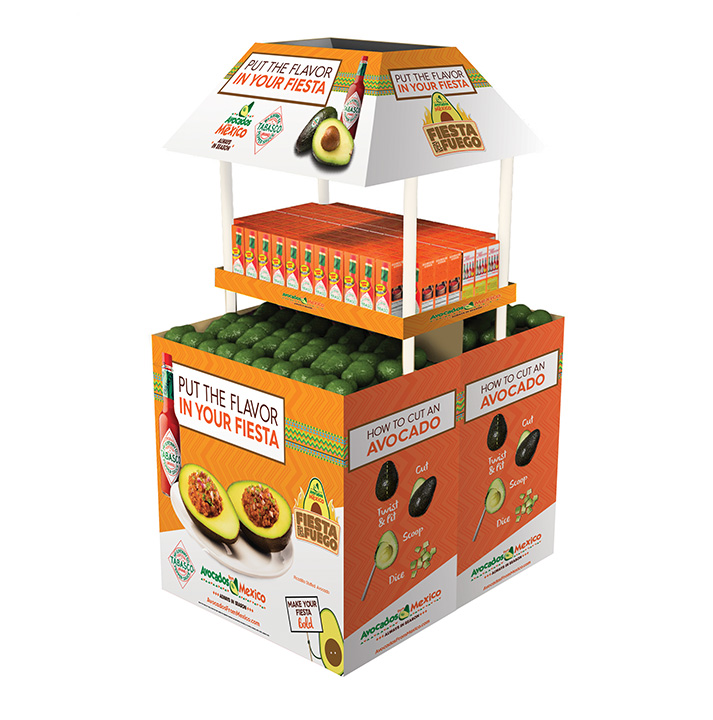 The Fiesta Del Fuego campaign will run from April 4 through May 5, 2016. Four grand prize winners will receive $5,000 for an outdoor party prize pack, with six secondary winners to receive a $525 grocery gift card and Tabasco grilling kit.

To find more information on the AFM and Tabasco partnership and Fiesta Del Fuego, and to get in on the fun of building your own virtual guacamole, go to avofan.com.