CALIFORNIA - Growers in California’s San Joaquin Valley are preparing for frosty temperatures slated to hit this week. The latest weather reports suggest that the new year will be greeted by an unusually cold storm, bringing in snow and freezing conditions. 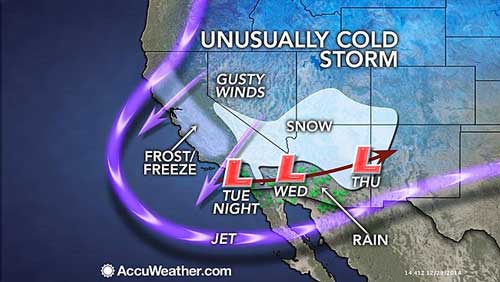 Temperatures are expected to drop as low as the middle 20s to near 30 degrees for a couple hours in agricultural areas during Wednesday night and Thursday night in central and northern areas of the state and Thursday night into Friday night farther south, according to AccuWeather. At the same time, a nearby storm will bring snow and cold rain showers to the passes and high deserts of California. 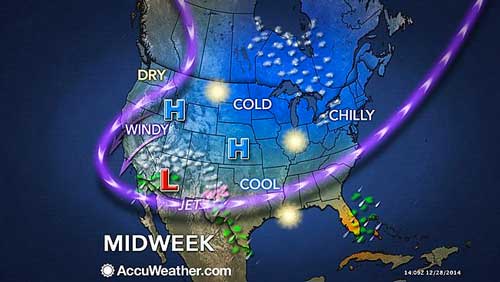 California citrus crops are expected to be relatively safe from the freeze thanks to the thicker rind, according to California Citrus Mutual, but other fruit and vegetable plants could be in danger if left unprotected. Last year’s seven consecutive nights of subfreezing temperatures incurred an estimated $441 million in lost revenue for San Joaquin Valley citrus producers due to freeze damage in December.

Meteorologists forecast snow to fall over the northern Sierra Nevada and over the high deserts. Wet snow could also reach lower elevations over the interior of Southern California, such as Palm Springs and the Mojave Desert, AccuWeather reports. 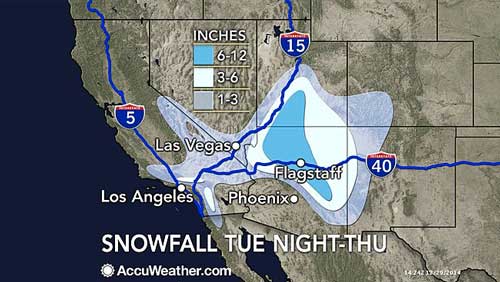 Little to no rain is forecasted in lower elevations with the storm over northern and central California.  Up to a few inches of snow is expected to sweep across Las Vegas, with the majority of snowfall impacting the mountains of northern Arizona, southern Nevada, and the Four Corners region.

It is our hope that given last year’s experience, growers will have the tools they need to tackle this winter freeze. Stay tuned for further coverage.