WEST COAST - Californians, even those of us closer to the north end of the state, don’t much count on a white Christmas and certainly not a white Thanksgiving. But weather reports are predicting a series of storms that could have me dreaming about the slopes instead of the dinner table come Turkey Day.

"A series of storms will begin to affect the West during Friday night and continue through at least the middle of next week," AccuWeather Meteorologist Ryan Adamson said, with the report noting that these storms could bring the western U.S. the first significant snowfall of the season in some mountains. 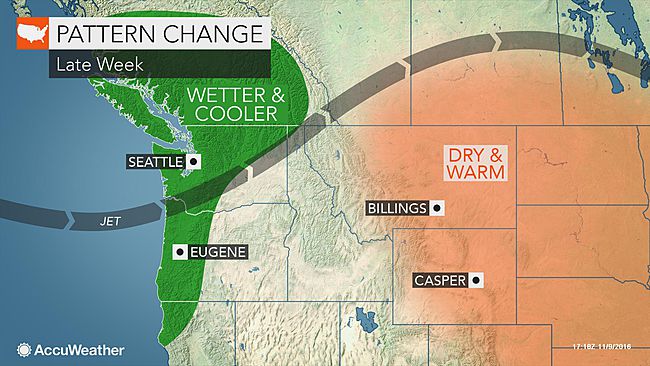 While the first storm will mostly be seen by Washington and Oregon, only briefly clipping the north of California, the second promises to hit with more moisture to a wider area.

"This storm will be the coldest of the three, with accumulating snow likely in the Cascades and Sierra Nevada and even in locations farther inland," Adamson said.

Expected on Tuesday, the rain should spread inland into much of the Intermountain West through Wednesday.

Happily, the storms look to be reaching as far as Southern California where moisture is most needed. "Scattered showers may make an appearance in Los Angeles on Wednesday," Adamson said. 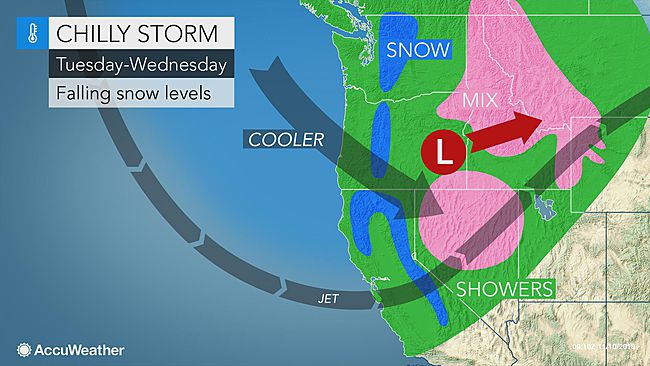 Cold air and rain should turn to snow for the Cascades and Sierra Nevada later Tuesday and into Wednesday.

With experts saying that even more storms are likely to hit the West Coast through the rest of November, we may need to keep our umbrellas and snow shoes ready for a real winter, and hopefully more water for California soil.

As we reported recently, October rains saw receding drought numbers in the state but would not be enough to hold if not bolstered by continued precipitation.

We will continue to look to the skies and the soil as we keep you up to date on all the latest fresh produce news.