CALIFORNIA – This winter and spring’s wet weather set records in California, pulled the thirsty state out of a years-long drought, and built a massive snowpack. And now amidst a major heatwave, that massive snowpack is melting fast, filling lakes and reservoirs beyond brimming, and channeling an exceptional amount of water into the states rivers, streams, and estuaries. 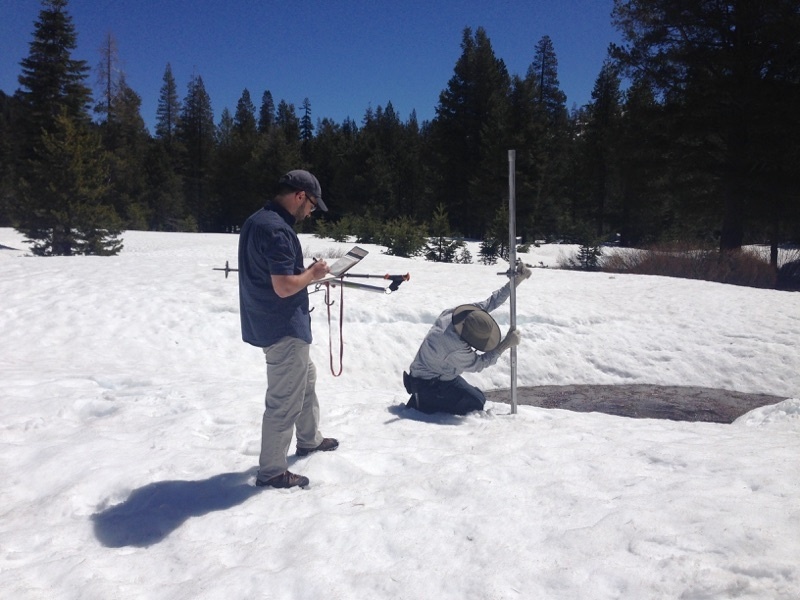 "The snow is inevitably going to melt and come down the mountain, but when you have a big snowpack like this, you expect higher than average runoff rates probably into August," Dave Rizzardo, Chief of the state’s Department of Water Resources (DWR) Snow Surveys Section and Water Supply Forecasting told news source SF Gate. "What the heat wave has done is accelerate this. It has compacted a lot of this runoff into this week."

According to the news source’s report, runoff rates (a way in which the DWR measure melting snowpack) in the Sierra Nevada are unusually high—as much as 200 to 250 percent of average in some areas. June runoff rates for the American River, which flows through Sacramento, for example, have averaged nearly 8,600 cubic feet per second (cfs)—more than twice the season’s average rate of 4,000 cfs and nearly four times the rate from June of last year when the state was still experiencing a drought.

While localized flooding has occurred in areas of the state, including Fresno where the Sheriff’s Office was forced to issue evacuation notices to a community along the Kings River, the sporting community has embraced the rare concurrence of summer heat and still-ample—though rapidly melting—snowpack. The Los Angeles Times reports that skiers in Northern California are flocking to the mountains, where some ski slopes could be open as late as August thanks to the sheer volume of snow.

AndNowUKnow will continue to report with weather updates in this key region.