NEW YORK, NY – Chef Will Horowitz is making a splash with his cantaloupe burger at New York-based restaurant Ducks Eatery. The meat-free option taps into the sensory aspects of meat—both tasting and feeling like meat—but is a beautiful cantaloupe, halved, peeled, cured, fermented, smoked, slow-baked, dehydrated, and seared to meet any meat-eater’s expectations. The process takes two days, transforming the fruit into a burger-proportional fillet-size, roughly the size and shape of a duck breast, Thrillist reported.

After being peeled, seeded, and then cured in salt and ash from the smoker for a day-and-a-half, the fruit reacts to the lacto-fermentation from the salt, which consequently creates lactic acid. "We're using fermentation to replicate the way a muscle exercises and develops flavor," said Horowitz in the Thrillist article. "That mouth-watering quality a steak has, a lot of it comes from the lactic acid in the meat."

After this first process, the fruit is then hot-smoked for seven hours, and this stage proves to be necessary in acquiring the meat-like tastes familiar to most burger-loving restaurant patrons. "We use smoke to cheat a flavor that's commonly associated with meat," added Horowitz. 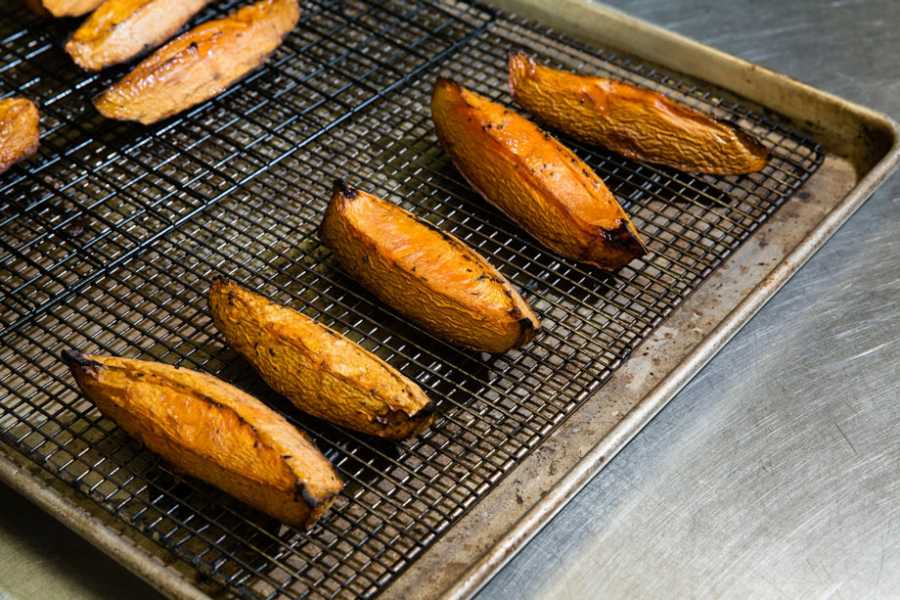 This is then followed up with a baking procedure that concentrates the flavors that have been building upon each other, while also creating new flavors, only to be improved with a dehydration process to eliminate unnecessary moisture in the fruit. The final product? A juicy, smoky, brisket-esque, peppered-to-perfection burger option that has no resemblance to its original form.

While lab-grown meat is making its way into supermarkets, plant-based burger options are making their way into consumers’ hearts. Impossible Foods and Beyond Meat are just a couple of companies seemingly thriving in the plant-based, meatless world, bringing pea proteins and the like to the forefront of food innovation. 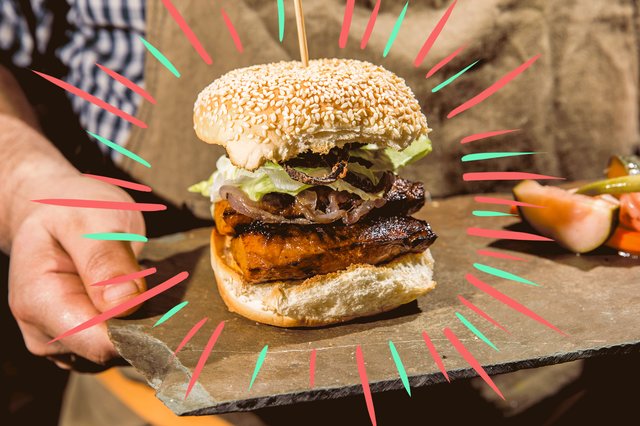 "I really admire what they're doing," Horowitz told Thrillist of Impossible Foods and similarly focused companies. "I see [their burgers] as more of a gateway drug for people, to lure them into preparing whole vegetables the way we've prepared meats for thousands of years. The foods I'm making should be their own thing, not try to [completely] mimic meat."

While the chef is not looking to only create meat substitutes, he is making waves in the restaurant industry that he hopes will ripple into other neighboring industries like retail.

"The point is to shift the outlook on what we can eat," added Horowitz. "Let's make something new with these foods and make it as accessible to people as possible. I'd love to be able to go to the grocery store and see beef steaks and salmon steaks and watermelon steaks right next to each other."

Those looking to try Horowitz’s cantaloupe burger can find it in the Big Apple. But, looking beyond this foray into meatless options and the burger’s recent dance with fresh produce, will we see more fruit burger line-ups in our future? Stick with us at AndNowUKnow for more delicious bites into fresh produce news!