SAN JOSE, COSTA RICA – Costa Rican police seized nearly a ton of cocaine stowed away in a banana plantation and bound, allegedly, for parts unknown. Drug smugglers had purportedly stowed the drugs, valued at approximately $8 million, in boxes amongst the fruit trees—with plans to later ship the drugs alongside canned palm hearts.

Police recovered the giant store of drugs after responding to an armed robbery in which three men attacked and robbed a truck carrying a cargo of palm hearts, according to news source The Herald. The suspects reportedly planned to use palm heart containers to ship cocaine, potentially outside of the country, as shipping drugs in food and food containers has proven a popular method of smuggling in recent years, as we've recently reported here, here, and here. 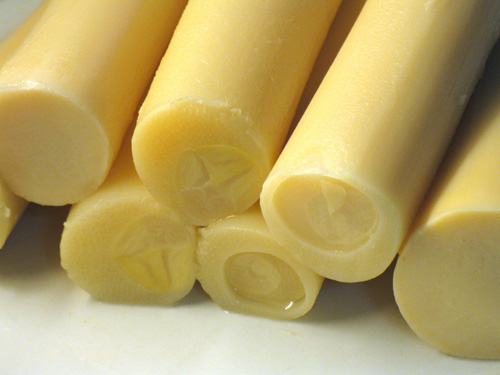 Police pursued the suspects to a banana plantation in Sarapiqui in northeast Costa Rica where they uncovered the giant cache of drugs hidden in containers authorities said were “very similar to those that contained canned heart of palm.”

Where will nefarious types attempt to infiltrate our industry next? AndNowUKnow will keep you up to date with the latest news on produce smuggling schemes and fresh food heists.