BAKERSFIELD, CA - With the California government tightening the water belt as the state goes into its fourth consecutive year in a drought, some Northern California farmers are finding that it is more beneficial to sell their water rights back to the state rather than raise their crops.

While this is an understandable measure during record-shattering heat waves and emergency preparations, differing water rights across the region reportedly don't offer the same opportunities for everyone. 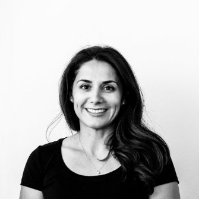 "They have older and different water rights (in Northern California) than we do here," Beatris Sanders, Executive Director of the Kern County Farm Bureau, said in a Bakersfield Now report, explaining that while counties in Central California are suffering from the drought as well, the farmers in that area of the state do not have the option to sell their water rights back.

According to Bakersfield Now, some farmers in the Sacramento Valley have been selling 20 percent of their farm water back to the state of California at about $700 per acre foot. But without this option, some central farmers have been seeking out other options.

Some changes include switching from rotation crops like tomatoes and lettuce to permanent crops, which are easier to manage and use less water, as well as digging deeper into groundwater supplies.

Sanders did add, however, that new groundwater legislation drafted by the Farm Bureau made her optimistic that the local growers’ interest, at least in Kern County, would be met.

For all the latest industry news, stay tuned to AndNowUKnow.