Downpours in Important Growing Regions Usher in the New Year

GULF COAST AND SOUTHERN U.S.- According to AccuWeather, this weekend a pair of storm systems will ignite gusting thunderstorms and flooding rain along the Gulf Coast and the Deep South. 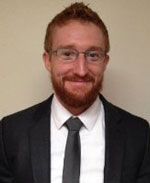 “Coastal areas of Louisiana, Mississippi and Alabama will experience very heavy rain and thunderstorms beginning during the day on Saturday and lasting into Sunday,” AccuWeather Meteorologist Kevin Gilmore said, according to the report.

Just in time for the New Year, the heavy rain and thunderstorms will begin in southeastern Texas, and gain momentum as they push eastward. Cities such as Houston, New Orleans, Shreveport, Baton Rouge, Tupelo, Biloxi, Jackson, Birmingham, and Montgomery will be affected. 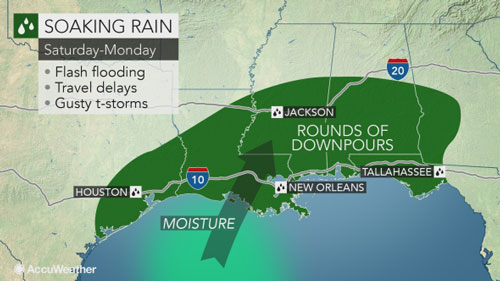 The storms will bring an anticipated 2-3 inches of rain, which could easily result in flash flooding in low-lying areas. The heavy rain will push eastward into the Southeast, especially southern Alabama, southern Georgia and the Florida Panhandle, on New Year’s Day.

The stronger of the two storms will trigger another round of heavy rain and gusting thunderstorms in southeastern Texas on Monday. The same areas at risk of flooding downpours on the weekend are vulnerable to another round of equally heavy rainfall on Monday, which may exacerbate flooding concerns.

“Cities including New Orleans, Louisiana; and Mobile and Dothan, Alabama; will likely see upwards of 3 to 5 inches of rain by the time the last drops fall on Monday evening,” according to Gilmore. 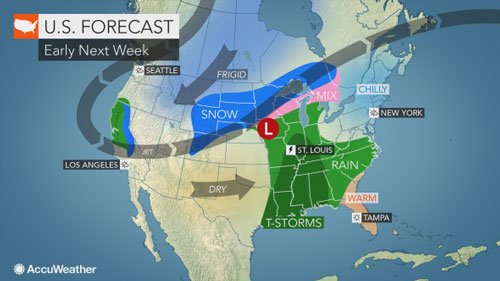 Accompanying the rain will be wind gusts of up to 60 mph. The greatest threat for damaging wind gusts will extend from southeastern Texas to the Louisiana and Mississippi Gulf coasts.

Rainfall will bring much needed relief for those who have suffered from extreme drought since the beginning of the summer, Gilmore added in the report.

While the source did not address Southern California and Arizona, diagrams from AccuWeather's report illustrate that both these regions could receive backlash. AndNowUKnow will continue to report any updates relevant to the industry as the storm continues through the U.S.