HOUSTON, TX - After 50 years of dedication to the produce industry, FreshPoint Dallas President Lucian LaBarba, has decided to retire. As of July 23rd, when his retirement officially went into effect, the longtime produce veteran will be letting a new generation of leaders take over business operations. 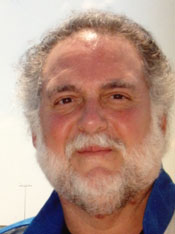 “Everyday you got to defend your turf,” Lucian tells me.  It is a principle that he has lived by.  “You get customers and develop customers over a long period of time.  We were taught by the best, and the only way you maintain these relationships is by working and helping them everyday.”

LaBarba first got involved in the produce business as a teenager, working for his family's company, American Pre-Pack.  “Becoming a Produce Man started at 14 years of age, there was no after school care, we went to the Market, we were taught the LaBarba Family Brand. Work came with a lot of discipline; that, we all proudly followed,” Lucian said. "It started with my Dad, Carlo, and Uncle Ernest, they were strong teachers. That is where I learned to treat all with class and dignity. 'Be Fair' -- that was their motto."

After cutting his teeth in spinach packing operations, he transitioned to his family’s wholesale produce company in the Dallas Farmers Market where he learned important lessons on working with customers and upholding the LaBarba way of doing business.

In 1981, the company changed its name to American Foodservice, whereupon LaBarba spent the next several years working in its sales department. The company was later purchased by Sysco's FreshPoint, after which LaBarba remained a major company leader until his retirement.

In a letter to his family of associates, Lucian said, “The Family to me means all of our Associates and their Families, this is why we go to work. To our Vendors they have always taken on our business and known how personal it was to us. And to our Customers, we never sold anybody, we helped them with their needs. For 97 years, we pioneered many new products and brands with quality and value. To all of our valued Customers and Friends nothing would be possible without the great support that we have received. When I think about our many friends, I can say thank you to all. I say thank you from all of us and our Family of Associates. It has been a great ride.”

Congratulations on your retirement, Lucian! We wish you the best.