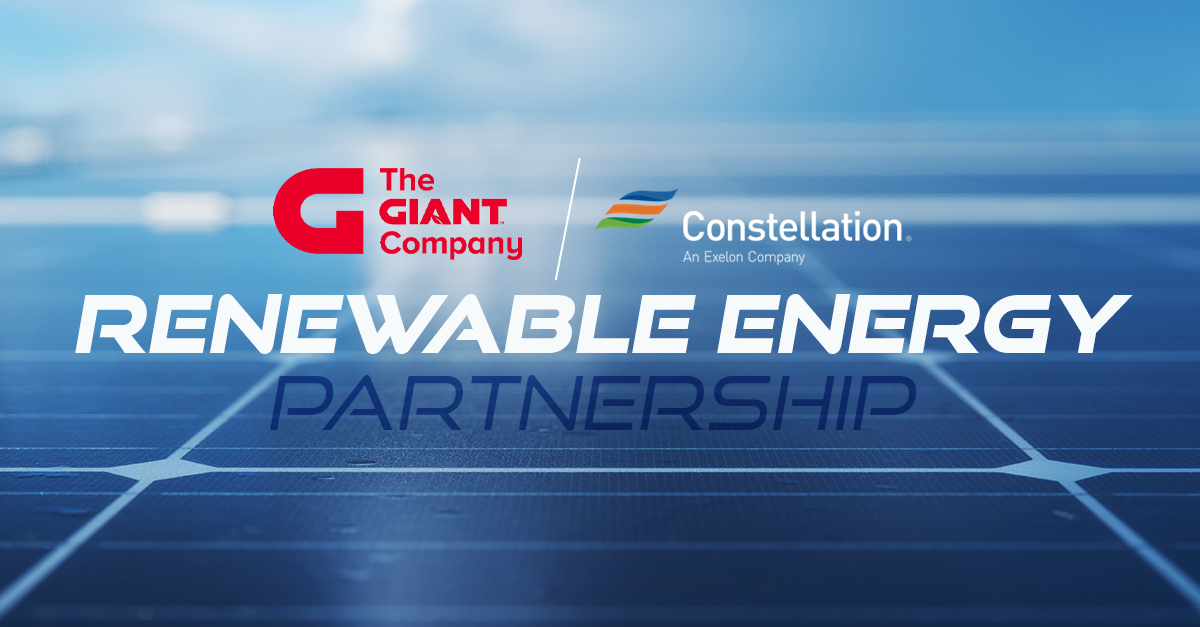 CARLISLE, PA - Renewable energy and sustainable practices have become more of a pressing goal amongst the retail and produce industry. The GIANT Company is staying ahead of the game as it announced a long-term renewable energy supply agreement with Constellation, a leading competitive energy and energy solutions provider, to power its Pennsylvania operations including select stores, fuel stations, and perishable distribution centers with renewable energy. 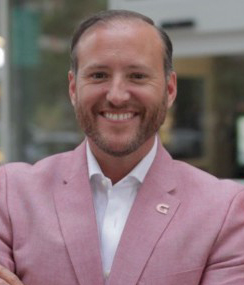 “Supporting renewable energy projects like solar is one of the many ways The GIANT Company is working to heal the planet for the families we serve today and in the future,” said Nicholas Bertram, President, The GIANT Company. “This project is a significant step in further reducing our Scope 2 carbon emissions and achieving our overall sustainability goals. It reaffirms our commitment to being a sustainable grocer and responsible steward of the communities we serve, all while bringing jobs and economic benefit to the Commonwealth of Pennsylvania.”

With this agreement in place, GIANT will be able to avoid more than 100,000 metric tons of Scope 2 carbon emissions associated with its energy use annually, the equivalent of taking nearly 24,000 cars off the road, according to U.S. EPA estimates. 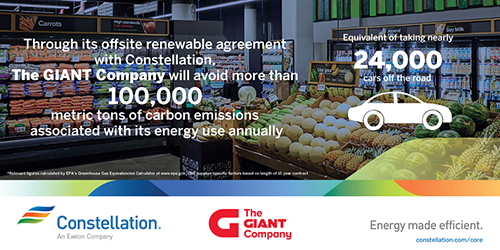 According to the release, The GIANT Company will receive approximately 155 million kilowatt-hours of energy per year from the long-term power purchase agreement, with that energy matched by Green-e® Energy Certified RECs sourced from renewable facilities located throughout the U.S. 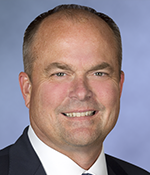 “We applaud The GIANT Company on supporting the development of new-build renewable energy assets through its genuine commitment to sustainability,” said Mark Huston, President of Constellation’s National Retail Business. “We’re pleased to help The GIANT Company deliver on its carbon reduction goals while making a positive impact on the environment.”

To simplify the purchase, The GIANT Company will use a clean energy solution from Constellation that enables the development of, and increases businesses’ access to, large-scale offsite renewable energy projects by removing hurdles associated with traditional offsite power purchase agreements. 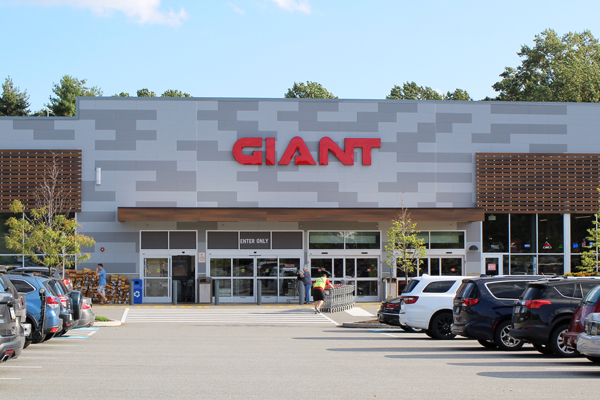 According to the release, GIANT was also one of the first grocery retailers and one of the first Pennsylvania participants to take part in the National Renewable Energy Laboratory’s InSPIRE study. In the study, scientists measure and track the performance of the pollinator-friendly ground cover for applications to future solar energy projects.

Amerex Energy Services represented The GIANT Company and worked with Constellation to design and implement this renewable product structure.

Sounds like a powerful partnership for GIANT to bolster its foundations upon. Stay up to date on industry news with ANUK.