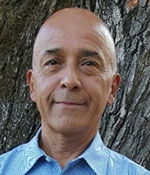 Gonzales joined Grocery Outlet in August of 2015, and he helped to launch the L.A. market at the end of the same year, moving to the region to support its growth. Prior to working with the retailer, Gonzales was a merchandiser for General Produce and was assigned to the chain in 2008. Since joining the company, Gonzales has assisted the opening of 50 Grocery Outlet locations, supported the AOT training sessions, created the FOG training criteria, and launched a new produce bin dry table set, according to a press release.

The company describes Gonzales as the epitome of the term “family man.” He has been married for 38 years to his wife, Michelle, and they have three children and six grandchildren—the oldest of which serves in the Army. 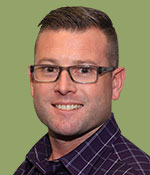 Poore’s promotion will help direct, develop, and support the company’s supplier partner-provided merchandisers. Joining the company in 2016, Poore has contributed much and has been promoted along the way. He was accepted into the FPFC Apprentice program earlier this year. He communicated to the stores the Merchandising Tips and weekly operational news from the buyers and merchandising team each week.

In 2017, Poore looked to the training tools available to operators and AOTs as he began to take on a larger role with the company. Since then, he has become a Subject Matter Expert for AOT Produce Workshops, working closely with the training department in this position, and he has revamped the Produce 101 guide that provides information on the fresh produce department in Grocery Outlets. This year, Poore created interactive training modules to expand the Produce 101 platform, working with Tami Collins to develop training modules that help transform operators learn and teach the best practices in the produce department.

Congratulations to both Scott Gonzales and Michael Poore on your new positions with Grocery Outlet!