BERLIN, GERMANY – After eyeing the Frankfurt Stock Exchange and planning for an initial public offering (IPO) earlier last month, German meal-kit delivery service HelloFresh has officially gone public, and rivals be warned, the venture wasn’t a flop despite pulling the plug on this same plan back in 2015. On its first day of public trading, Fortune reported HelloFresh gained as much as 4%, valuing it at more than double U.S.-based rival Blue Apron.

Initially trading at a 10.25 euro price on Wednesday, trading increased by 3% on Thursday as numbers rose to 10.56 euros, according to a report by Business Insider. After selling 31 million new shares in an IPO, HelloFresh is now valued at 1.7 billion euros at current prices – more than double the 763-million-euro market capitalization of Blue Apron.

Despite its European origins, HelloFresh has enjoyed skyrocketing growth in the U.S., which is its largest market by a wide margin and accounts for 60% of its revenue. HelloFresh’s IPO prospectus showed U.S. sales doubling to 263.4 million euros during the first six months of this year while non-U.S. sales only rose 8% to 172 million euros. 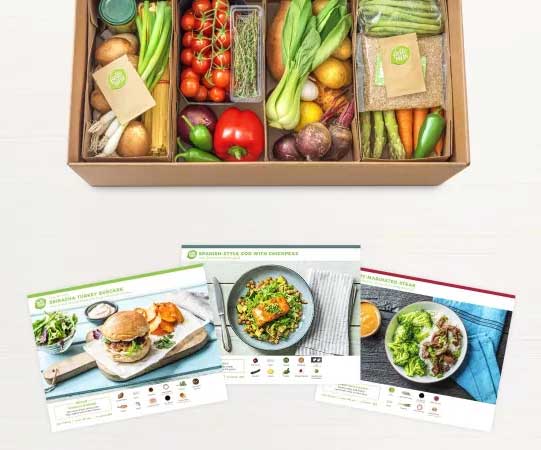 Since founded in Berlin six years ago, HelloFresh has spent one-quarter of its expenses on marketing costs according to financial filings. Selling the concept of delivering pre-packaged ingredients to make home cooking more accessible, the meal kit company has in recent years narrowed its losses and pledged to break even on operating profit level within 15 months.

With HelloFresh thriving, Fortune reports comparable shares in Blue Apron suffering a 50% drop since its own IPO in late June, overall struggling financially this year if its 6% cut of jobs in a company-wide realignment is anything to go by.

With behemoth rivals like Amazon, who acquired Whole Foods, Albertsons, who recently acquired delivery meal-kit service Plated, and Walmart who announced joining the meal kit craze starting December, will HelloFresh continue to be a strong competitor? AndNowUKnow will continue to report.