NEW YORK CITY, NY – Actor Denzel Washington may have got more than he bargained for after agreeing to a squash- and cranberry-intensive “Random Object Shootout” with comedian Jimmy Fallon last week on the set of The Tonight Show.

The Tonight Show host challenged the iconic actor to a shootout that involved tossing fruit—a butternut squash and bowl of homemade cranberry sauce—and other items at a basketball hoop.

“Denzel, I know you played, back in the day…at Fordham University in New York City, so tonight, I want to challenge you to a Random Object Shootout…You brought your own squash; this is great,” quipped Fallon before the two commenced competition—with two airballs. 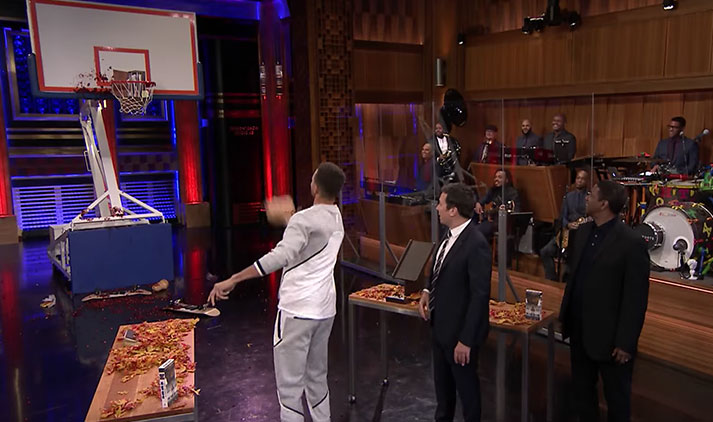 Neither star could hoist their squash even close to the rim—though Washington did attempt an impressive-looking sky hook.

The two played to a stalemate before Fallon “hurt his wrist” and brought in a ringer—two-time NBA MVP and Champion Stephen Curry—who effortlessly drained his squash.

“He did that like it was nothing!” said Fallon, and Washington likened Curry’s squash shooting abilities to the two-time Academy Award winner’s own acting abilities.

Watch the video in its entirety here.