ARLINGTON, VA - A new advertising campaign is ruffling some feathers in the industry. Last week, Lidl released the first video of its Don’t Let Them Waste Your Money campaign, which was created with The Martin Agency. In an effort to get consumers questioning decisions grocery stores make that happen to impact their finances and to get them to, as the campaign suggest, “rethink grocery,” Lidl created advertisements pointed in design.

In the first episode of the company’s series of commercials, which is satirically titled “Apple Pyramid,” Lidl introduces consumers to a fictitious family steeped in the grocery business. The retailer paints them in a less-than-flattering light, with the Vanhills, as they are referred to, bending rules to make a profit with unethical practices—all the while, focus on fresh falls by the wayside. To solidify the emotional appeal Lidl makes, the camera cuts to a shot of fresh produce that can be found, as the commercial insinuates, only in the discount store. 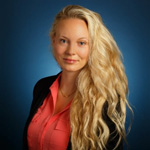 “This new campaign is designed to raise awareness about the costly inefficiencies of traditional supermarkets and the savings that Lidl’s streamlined approach brings to customers every day,” Director of Brand Marketing Elina Elvholm said in a statement. “When customers shop at Lidl, they experience less complexity, lower prices, and better quality choices.”

The series launched on the 16th and can be seen in six states surrounding current Lidl locations, including Virginia and the Carolinas and the pending 100 locations throughout the East Coast. This is just the first in the series, however, according to AdWeek.

To persuade consumers that they are not getting the most out of their grocery stores, the company plants the slogan “rethink grocery” at the end of the commercial. In its own sense, the commercial sensationalizes the Vanhills to show consumers that they need not spend so much money on their groceries because, at the end of the day, consumers don’t realize how little they should be paying, the advertisement suggests.

When the accusatory phrase “They’re wasting your money” hits the screen, it is followed up with a more powerful line, made even more so with bolding, stating, “Don’t let them waste your money.” This gives consumers agency to ask difficult questions about their grocers and to make difficult decisions about what they want to do moving forward—its exciting and enticing, and it’s also very strategic.

Lidl’s advertisement plants the seed for inquiries, while trusting consumers to make the right decisions moving forward, remaining hopeful that the choice will be Lidl.

The purpose of this advertisement series is to point out the chains using “tricks to con consumers into paying more for inferior and inefficient products," The Martin Agency explained. 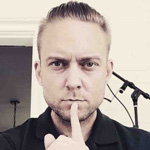 “When you get a chance to work with a brand as fearless and competitive as Lidl, you have to deliver work the category won’t see coming,” said Vice President and Creative Director of The Martin Agency David Muhlenfeld. “So, we went semi-ballistic and took a cheerful hammer to fruit pyramids and all of the other tricks traditional groceries use to make you pay more than you should.”

Will we see more advertisements similar to that of Lidl, and if so, how will this influence food and purchasing trends? AndNowUKnow will keep you updated with the latest.