WATTERSON, TX - This one is for those of you who might still be a little watermelon-drunk off of your 4th of July festivities.

Many hear that everything is bigger in Texas, and that appears to apply to a man named Alvin Grohman’s watermelon patch. Grohman reportedly grew a number of sizeable melons this summer, the largest weighing in to that of a boxer at 64 pounds.

The prize was not the only one to make local news headlines, with siblings weighing in at 54 and 44 pounds—plenty to feed even the largest avid watermelon seed-spitting families. 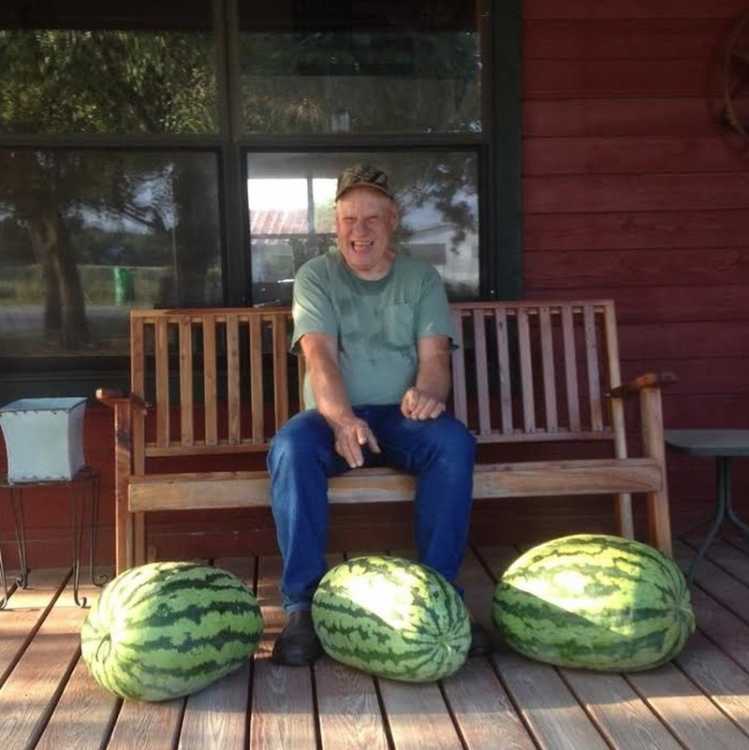 For those of you curious how the small-time grower managed to get some colossal fruits, the Statesman reported that they were all Carolina Crosses, one of the largest varieties of watermelons, but no further secrets of his trade.

The news source noted that Grohman’s deep love of agriculture started when he began helping his mother Ida Grohman. He has been tending a garden for about 30 years, currently living with his brother and sister-in-law, Leon and Janice Grohman, in Watterson, Texas.

While he does set up a produce stand to sell off some of his homegrown tomatoes (he also reports having done well with pepper crop), he reported no intention of parting with the prized melons, nor did the source say if he’d cut into them yet.

While he may not be willing to share, any push that shines a spotlight on fruits and vegetables is fine by us.