U.S. and CHILE- As the domestic blueberry season gets underway, the market is currently experiencing tight supplies as U.S. crops slowly come on. With spring bringing on demand for more warmer-weather fruit, I spoke with a couple shippers who gave me the status on their current blueberry programs.

“The market is very strong right now and we expect it to remain strong for the next few weeks as Chile winds down and domestic growing regions come on,” Brian Bocock, VP Product Management for Naturipe. 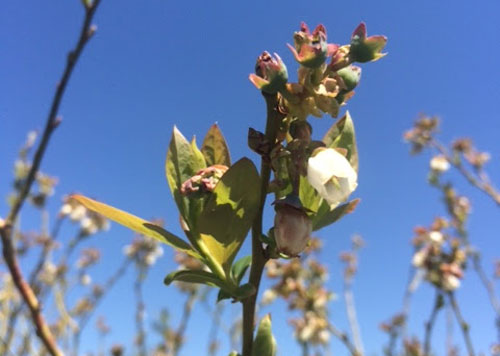 In Georgia, Naturipe is seeing a potentially good-to-above average crop of the Southern Highbush on the horizon and the company should begin harvest the week of April 18th with peak volumes expected to start the week of May 2nd. Brian notes that the Rabbiteye crop potential looks good, but currently in bloom, as such, a bit early to define the size of the crop. 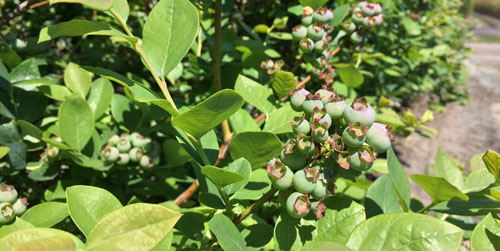 Below normal temperatures in California are delaying the crop as well, but Naturipe is starting limited production now. The company does not expect peak volumes to start until the week of May 2nd.

HBF International LLC also echoes a strong blueberry market as well, as spring gets underway. Marketing Manager, Lori Hickey, tells me there may be tight supplies at present, but HBF is planning to meet the growing demand.

“We just finished up our Chilean season and are moving into our California Harvest.  We were in the fields last week and seeing some color on the berries.  HBF is harvesting in the Southern Central Valley in the Bakersfield area and should begin sometime during the week of April 4th; probably closer to the end of the week around the 9th if weather conditions stay as predicted,” Lori tells me. “Our plants look healthy and there should be good quality and volumes coming from those fields.”

The recent weather has not seemed to have any negative effect on the quality of the berries, Lori notes, and there has been plenty of water for the crop so far as the company continues into the season.

“We will continue moving up into the Central Valley starting in late April early May allowing for volume to keep up with the Mother’s Day and Memorial Day holidays.  With the different varieties we have in the fields we should have no problem covering the early, mid, and late spring season out of California before moving up into Southern and Central Oregon for the summer months.”

As the domestic growing regions begin to ramp up, stay tuned to AndNowUKnow for continued updates on the blueberry market.