UNITED KINGDOM - A recent produce shipment that arrived in the United Kingdom was carrying more than just fresh bananas. Officials intercepted the shipment in Portsmouth, where they discovered over $259 million (£184 million) worth of cocaine hidden inside.

According to BBC, the shipment of bananas originated in Colombia. It was intercepted by the National Crime Agency (NCA), which subsequently removed the drugs, shipped them to London, and arrested the ten people connected to the shipment. This is reportedly one of the largest drug seizures to take place in the U.K. 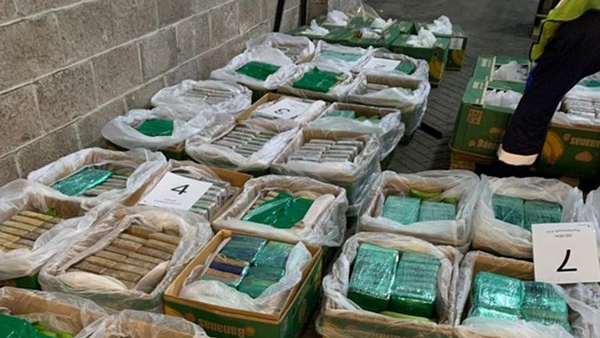 Detectives, the NCA, and the Met Police worked together after receiving a tipoff in regards to the shipment. The team conducted a week-long investigation, tracking the 41-pallet shipment all the way to Portsmouth. Ultimately, three people were charged for the crime.

For more of the latest happenings in fresh produce, be sure to follow along with us at ANUK.