BENTONVILLE, AR - If we were watching the buy-side like a sports series, Oppenheimer & Co. would call Walmart the top seed, while rising players like Amazon, Lidl US, Kroger, and others eye the challenging position to compete for the trophy of consumer love.

And the analyst is confident the top seed will reign, commenting that the retailer is "fresher than it's been in years," according to a report by CNBC.

Besides a focus in broadening and freshening up its grocery offerings—groceries now account for more than 55 percent of its U.S. sales and the company recently shook up its grocery leadership—Walmart has also squared itself up for virtual clientele in addition to brick & mortar. 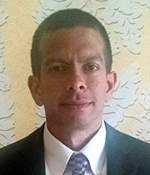 "In our view, in acquiring eCommerce operators, Walmart is much more focused upon purchasing key, unique capabilities and technologies, rather than upon simply adding sales," said Oppenheimer Analyst Rupesh Parikh, saying the retailer has set itself up to go "toe-to-toe" with any online or offline competition.

The numbers seem to speak for themselves, with Walmart closing out Tuesday at $80.50 (up about 6.4 percent from this time last month). Oppenheimer initiated an outperform rating on the stock with a $90 price target, CNBC noted. Likewise, Walmart shares have climbed 10 percent over the past 12 months, and the stock is up more than 16 percent since the start of the year. 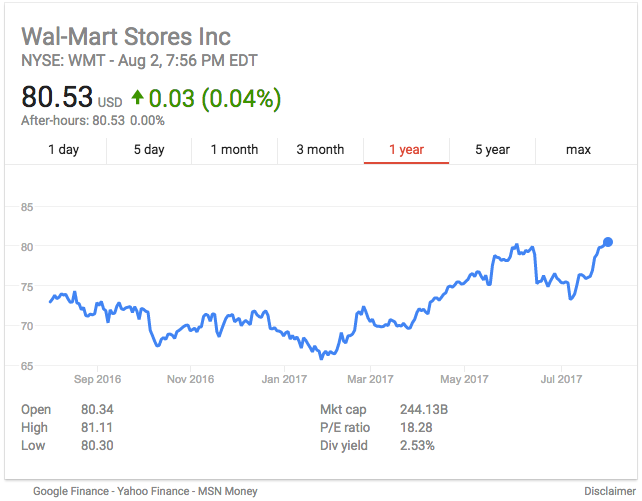 Amongst its initiatives in perishables that caught Oppenheimer’s eye, were improving not only its fresh offerings, but reaching its Hispanic shoppers more, boosting the accessibility of groceries for its online pick-up services, and increasing its focus on private labels.

When it comes to Amazon’s Whole Foods acquisition, Parikh noted that the market still doesn’t know the e-commerce giant’s intentions for this grocery move.

“It is still unclear how the company plans to sell conventional products in a brick & mortar setting… This remains a big unknown and an area of intense focus for us,” the analyst commented, saying that “it feels as if the battles have only started between Walmart and Amazon.”

Lidl US and other retail competitors were not quite as rough a challenger, according to the report, though the retail battle over pricing, freshness, and other high-demand offerings continue to wage.

"Key metrics such as traffic and comp sales have picked up lately. We look toward FY18 as the first year of more meaningful positive (earnings) growth for WMT since (2013)," Oppenheimer said.

With Walmart’s latest quarterly report set to release August 17, it will be interesting to see the next move in this match to say the least.