SALINAS, CA - Generating a sense of ownership, accountability, and pride is one mission and mindset that many companies in this industry strive for. Taking that to the next level is what Pacific International Marketing has done since its inception, putting its greatest advocates—its employees—at the head of the table. 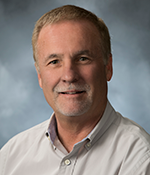 “As an employee-owned company, our team has a very unique sense of ownership, dedication, and passion that truly aligns with our vision for excellence,” Co-Founder, Chief Executive Officer, and President Dave Johnson share. “We are a very opportunistic and take-action-type group of people. We make things happen, or we figure it out accordingly.”

Since the company’s birth in the late ’80s, Pacific’s employee-owned program has encompassed virtually all of its key sales and management personnel and remains one of the most impactful decisions made by the founding visionaries, Dave Johnson and Tom Russell. When you can sense, taste, and experience the dedication and passion of a group of people in the quality of their produce, you know that you have created the stuff of legacy. That dedication can be seen in the longevity of Pacific’s employees. Over 20 percent of the Pacific team has been with the company for more than 20 years. 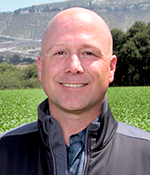 “Because we are employee-owned, the decision-makers are involved every day. It allows for ideas to be pushed and executed,” Chief Operating Officer and Vice President David Black tells me.

As Pacific looks to expand its vision today and into the future, the company has invested deeply in the next generation of team members coming in and is laying the groundwork for the company’s excellence to ignite the industry. 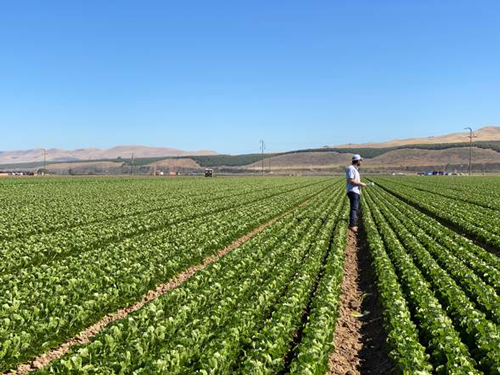 “We’ve been a grower for more than 30 years, and we are looking forward to the next generation coming in with fresh, innovative ideas,” Dave says. “We are moving to a new office to prepare for the growth and energy the second generation of employees will bring.”

Part of this investment has been working with local colleges in the heart of California’s produce growing regions, aka the Salad Bowl of the World. And this is just a teaser of what is to come.

Asking a company like Pacific International Marketing, “What’s next?” is akin to asking for a blueprint for success. And that is exactly what Pacific is preparing for, and we, for one, are excited to see it all come to fruition.