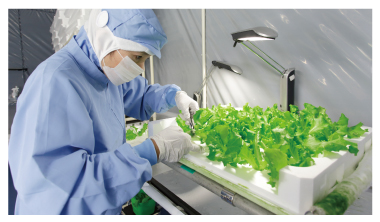 This experiment in agriculture began when Panasonic converted one of its Fukushima factory buildings into a state-of-the art produce laboratory after its digital camera assembly line had been damaged during the Great East Japan Earthquake. Now where it used to assemble memory cards and digital cameras, Panasonic grows lettuce, according to a press release. 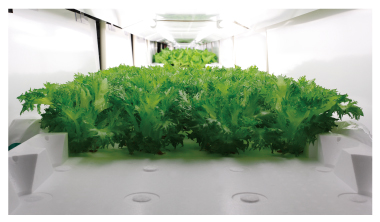 Takayoshi Tanizawa, a Panasonic veteran who transitioned 3 years ago from making massage chairs to growing produce, laughs looking back on the unexpected occupational change.

“Massage chairs are difficult. One person may say it feels good while the other may say the complete opposite," Mr. Tanizawa said. "Plants don't complain. They're so obedient and good," he told the Wall Street Journal.

If the Singapore experiment succeeds, Panasonic plans to begin selling its production system for vegetables to businesses in other countries throughout Southeast Asia. According to the Global Post, it would be targeting almost $1 billion in sales in such an event.

Panasonic also developed a self-regulating greenhouse for growing spinach, which it then turns around sells to agricultural corporations looking to expand. 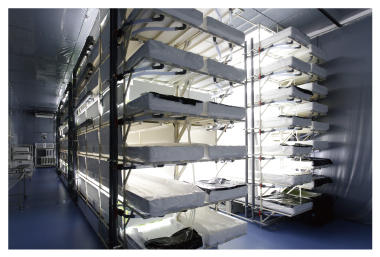 Not bad at all for a camera manufacturer.

Congratulations on the new factory Panasonic!