NEWARK, DE - If you have yet to include the PMA Foundation’s Women’s Fresh Perspective Conference on your calendars, you might want to bust out a pen and start rearranging your plans for this coming April 26 - 28.

While the conference aims to be a catalyst for the development and participation of women in the industry, you may still ask why you should send your female employees to San Diego for the last weekend of the month.

Executive Director for the PMA Foundation Margi Prueitt took the time to tell us. 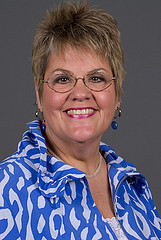 “It’s easy to assume the conference is just something nice for women, but it’s important because women bring unique aspects to a leadership team, not better but different from what men bring,” Margi tells me. Referring to a longitudinal study published by McKinsey, which shows leadership teams with at least 30 percent of females have a higher return on investment than those with fewer women, she added, “Diversity of thought makes for better decisions.”

Margi, who was CEO of the Delmarva Peninsula American Red Cross for 20 years, along with numerous other executive roles before joining the PMA Foundation, expressed the importance of the Women’s Fresh Perspective Conference for the advantages it provides from a business aspect. The conference’s purpose is to reinforce and nurture women leaders, not just for the sake of gender, but for the bottom line. “Female minds combined with male minds at the table of leaders will enhance the performance of the business,” she emphasized.

So the question shifts from 'why would you send your female leaders' to 'why wouldn’t you?' Any business can benefit by diversifying its leadership team, and, according to the PMA Foundation, all levels of women can walk away with an enhanced skill set to boost the bottom line.

Margi also emphasized that while all the conference speakers were chosen not only for their speaking abilities, but also for their expertise applicable to specific educational tracks (offered educational sessions) so that women in every role of experience can walk away with improved skills.

“All our speakers are chosen for their ability to present content appropriate to women based on level of experience,” she tells me. “This program is unique and different from anything we or other industry activities do because it is built on competencies. We are growing leadership skills and providing insight and coaching on skills like strategic thinking, communication, building high performance teams, just to name a few. Our sessions are built so when a woman completes a session based off what she wanted to improve, she will walk out with competency for her leadership journey.”

The PMA Foundation’s Women’s Fresh Perspective Conference sets itself apart in another aspect as well; the networking possibilities for those who attend. The event has attendees from the full supply chain and several countries.

The PMA Foundation is especially excited about this because the expanded networking opportunities are in direct response to last years feedback calling for more networking and in-depth connectivity.

“We have a good representation of participation by retailers, along with more long-term and in depth networking,” Margi said, adding that the retail presence shows that the entire supply chain does feel women leaders are important. 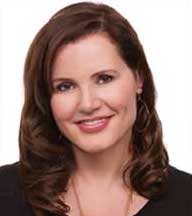 The highlight of the three-day-long conference, in Margi’s opinion, is the attendance and opportunity to hear from the keynote speaker, Geena Davis.

“Geena Davis is our major highlight,” Margi tells me, detailing that Davis is a very active leader in gender issues. “She is quite the advocate for women in leadership and making it into those positions.”

While Davis is a very successful actor, she is also an accomplished world-class athlete, a member of the Mensa genius society, and founder of the Geena Davis Institute on Gender and Media non-profit organization. With plenty to share on the latest research on how women leaders can reach their full potential and optimizing their success, Davis adds the finishing touch on an event current and up-and-coming female leaders won’t want to miss.

So mark your calendars, book your travel plans from April 26-28, and we’ll see you in San Diego, California.

PMA and its Foundation will educate, inspire and lead the produce community worldwide.