ILLINOIS - Ugly produce continues to seek a niche in the produce industry but one time of year, when demand for aesthetics goes topsy-turvy and the more hideous the better.

When it comes to Halloween, Bloomberg reports that pumpkin growers are all about ugly.

"People would walk up and see that pumpkin and they’d say, ‘This is the ugliest thing I’ve ever seen,’” John Ackerman, Morton, Illinois-based pumpkin grower of over 15 years, told Bloomberg by telephone. Now Ackerman farms 300-acres, 75 of which are pumpkins, and added blue pumpkins to the crop to see how they would fair. “And the next words they said were, ‘Please give me three of those!”’

Ackerman now sells upwards of 160 different pumpkin varieties, and they aren’t the only ones.

Nielsen Perishables’ data shows that growers throughout the U.S. sold 39.5 million pounds of pumpkins last year at an average of $2.44 a pound, a price that was up 50 percent from 2011. Bloomberg also reported that Bengtson’s Pumpkin Fest, based in Homer Glen, Illinois, sells non-traditional pumpkins for 59 cents a pound, 20 cents more than traditional orange, though the USDA doesn't officially track the disfigured pumpkins separately from the rest. 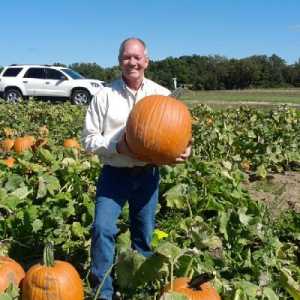 “The entertainment-pumpkin deal started 25 or 30 years ago, and it just keeps growing,” Ross Rispens, third-generation Owner of Rispens Seeds Inc. in Beecher, Illinois, said, according to the report. “People realized they will pay."

Rispens markets more than 75 different kinds of pumpkins, a significant jump from just six varieties nearly 40 years ago, and continues to try out newer, stranger varieties every year.

So could the holiday of ghouls, goblins, and all things weird be an opening for other produce misfits outside of the pumpkin category? The door definitely appears to be open.

Stay tuned to AndNowUKnow as we continue to follow all the hot and weird trends influencing the produce industry.