SOUTHERN CALIFORNIA – Beyoncé, Eminem, and farmers in Southern California have yet another thing in common this season—they will be uncomfortably hot this week, as a high-pressure system threatens to bring daunting—and potentially record-breaking—heat to the Southland just in time for the Coachella Valley Music and Arts Festival.

“It will be hot, even for this time of year, especially Saturday and Sunday,” said AccuWeather Senior Meteorologist Mike Doll, noting that Coachella-goers need to make a concerted effort to stay hydrated and avoid sunburn. “With nearly full sunshine expected for the first weekend, skin can burn within 30 minutes without sunscreen.” 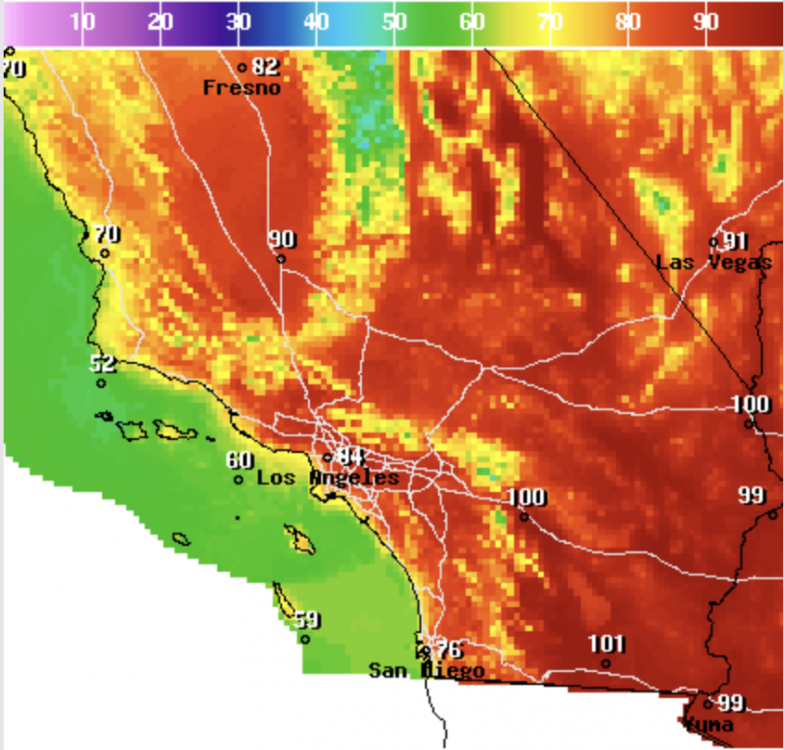 Though weather along the coast is expected to cool throughout the week, the pressure system will also bring strong winds and a high wind watch will remain in effect through much of the region through Thursday.

How will warm weather affect the produce industry as the season progresses? AndNowUKnow will keep you in the loop.