SOUTHEASTERN, U.S. - Storms throughout Texas and other parts of the South this past weekend caused flash floods and dumped large amounts of rain and hail in several of the region’s counties. 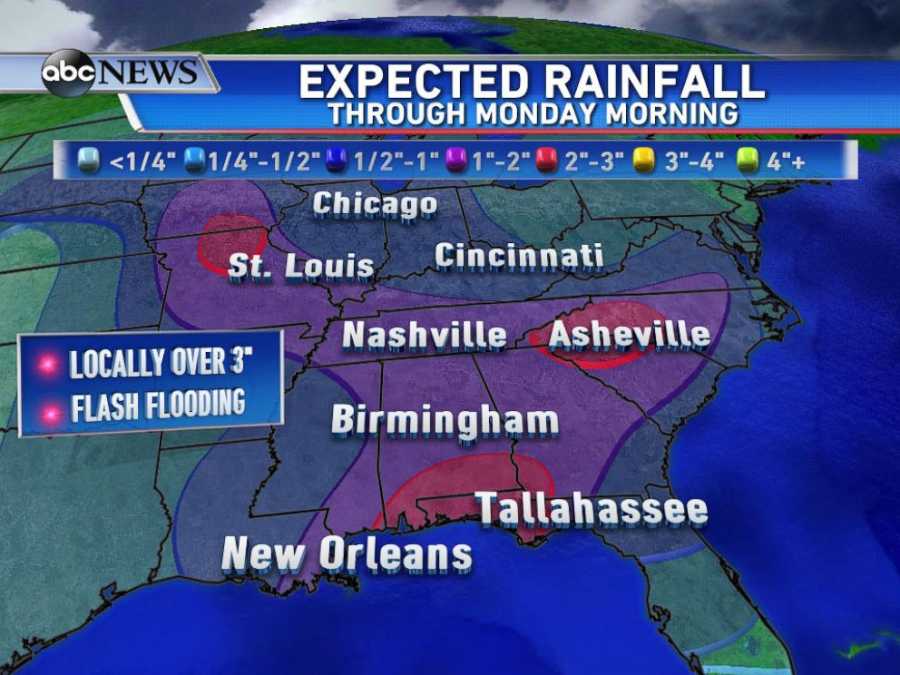 The area around Pasadena, TX received 3.6 inches of rain in only a span of 30 minutes late Friday, with the city of Houston receiving nearly three inches of rain. About 78,000 customers were without power in the metro area early Saturday, according to ABC News. 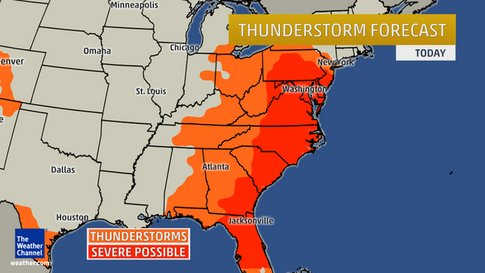 As of 7:00 PM Saturday, there were more than three dozen reports of severe weather from Texas up to Nebraska and northeastern Colorado. The majority of the reports were of large hail, however, tornadoes were also reported from Colorado to Texas.

On Sunday, the threat for severe weather pushed even farther east, affecting more than 50 million Americans from eastern Texas to the Carolinas, according to The Weather Channel. 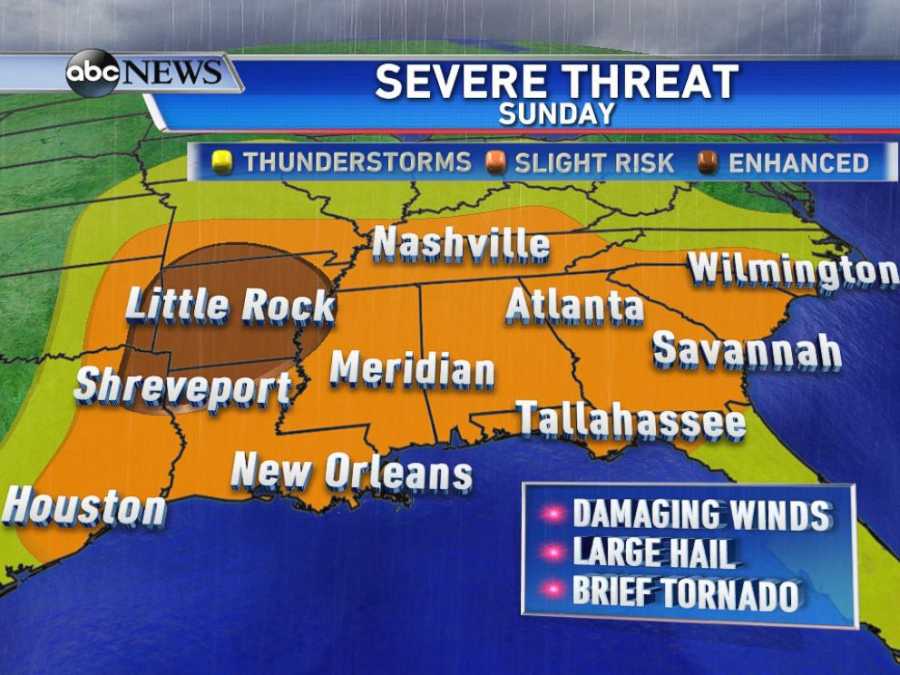 In addition to the two EF1 tornadoes in southeast Alabama, the National Weather Service said that numerous rail cars were overturned due to the storm.

For the rest of the week, it will be the East Coast's turn, according to The Weather Channel. A cold front is sweeping in that may bring severe storms all the way up to New York State and will spread across the southern Plains through Wednesday.

Keep checking AndNowUKnow for updates on how this and other storms may affect the industry.