Don Santa never did things the same way as everyone else, calling himself a rebel spirit as he discusses how Woodlands Market came to be in the latest edition of AndNowUKnow’s print publication, The Snack Magazine. Turning a grocery store into an extension of his own home kitchen, Don put a new spin on the grocery experience.

Check out this story in The Snack by clicking here, or read the full article below:

Sometimes you just have to go with your gut. “I knew three years in, that rooting myself into a career as a stockbroker wasn’t going to be for me,” Don Santa, Owner of Woodlands Market, tells me. “So I took a chance.”

Don took his personal savings, secured a loan, and convinced his father, Larry Santa, to join him in a new venture in the high-end zip codes that make up Marin County, California. The Santa family is deeply embedded in the grocery industry. Having arrived in San Francisco from Italy around the turn of the century, the Santa family looked to establish their roots. By 1910, the Santas had started the grocery store Hyde Street Market, which the family ran in the Nob Hill neighborhood for more than 60 years.

“It was blind faith really, that drove me to revive our family’s grocery history. Now we’re one of the top grossing grocers per square foot in the country,” Don notes. 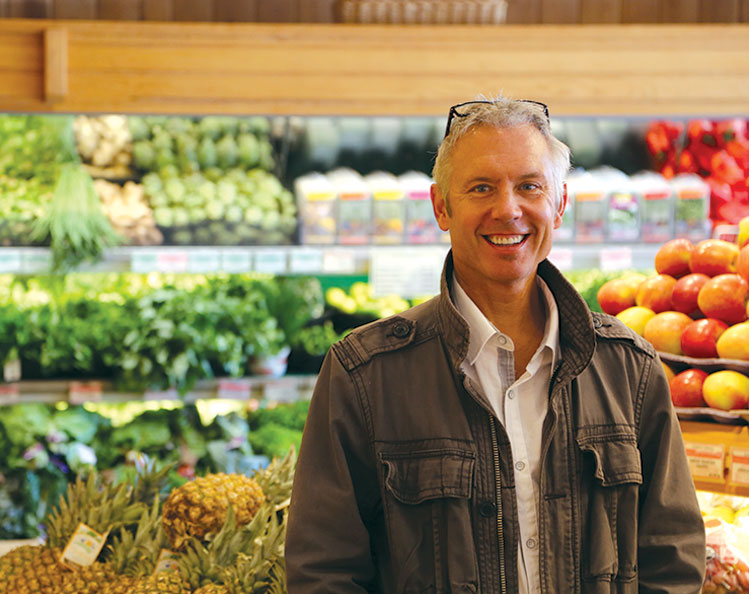 During the 1960s, the supermarket industry in California began to heat up, pushing smaller independents into the periphery of many competitive communities. Around this time, Larry Santa and his brother moved across the Golden Gate to Marin County, and opened an automotive repair business instead of continuing the family grocery business. The business blossomed for 25 years until they retired in 1983.

Enter Don. “I have always had a bit of the rebel spirit,” he laughs. “Without it, I probably wouldn’t have taken such a risky chance, especially in a place like Marin where the palates, expectations, and demands of the community are at such an elevated level.”

As if the limited amount of real estate available in Marin County, California isn’t enough to keep this grocer on his toes, there is also the 2,000 to 3,000 people a day that come through Woodland’s Market locations and its intimate aisles of local and regional goods.

“We have learned to adapt to a very specific type of consumer with a smaller format grocery store in key locations within the county,” Don notes. “As we strive to ensure that the Woodland’s experience is right, we learn more about our demographics and the shopping styles of higher-end area codes.”

The point is to continuously evolve, he tells me. In the past couple of years, Don has made it his new ambition to rework Woodlands’ brand identity. The logo alone is constantly being revised and improved upon as Don works to revitalize the format and create a familiar and lasting impression within the community, both aesthetically and emotionally.

"I have always had a bit of the rebel spirit."

The company recently expanded to three locations with a rebranding effort in place. Don made a move to rework the flagship Woodlands location with a new full service café, while also expanding in Tiburon and looking to develop the Woodlands farm to offer a truly local and sustainable agricultural program to supplement its current vendor relationships. 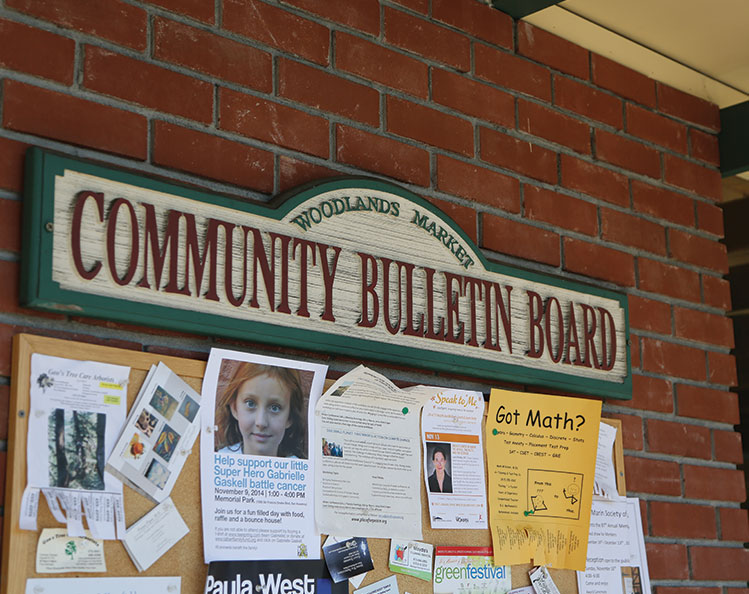 “For so many years, Woodland’s has been a local institution in a region without a true town center,” Don tells me. The first location, in Kentfield, is taking on the atmosphere of a town piazza, with a flower shop and café wrapping around the edges of the store itself. Growth in Kentfield has increased as the area around the store has become available, allowing for the location to branch out at an organic pace.

Each step along the way has been piecemeal, but taken with the utmost concern and purpose. “We aren’t looking to evolve for the sake of evolving,” Don tells me. For Don, it’s about creating greater efficiencies that he can then communicate to the consumer. Quality over quantity.

“I’d like to develop Woodland’s in a way that the locations become a hub where people can meet and greet, and are organically drawn to the atmosphere and character of our people.  We are trying to replicate the spirit of family in our stores,” Don notes.

From the beginning, it’s been about family for Woodland’s. Family integration and involvement has created a thread that continues to carry throughout the stores and communicates Woodlands’ care and concern for the people. Interaction is huge for Don, who tells me the family is nothing without their staff. 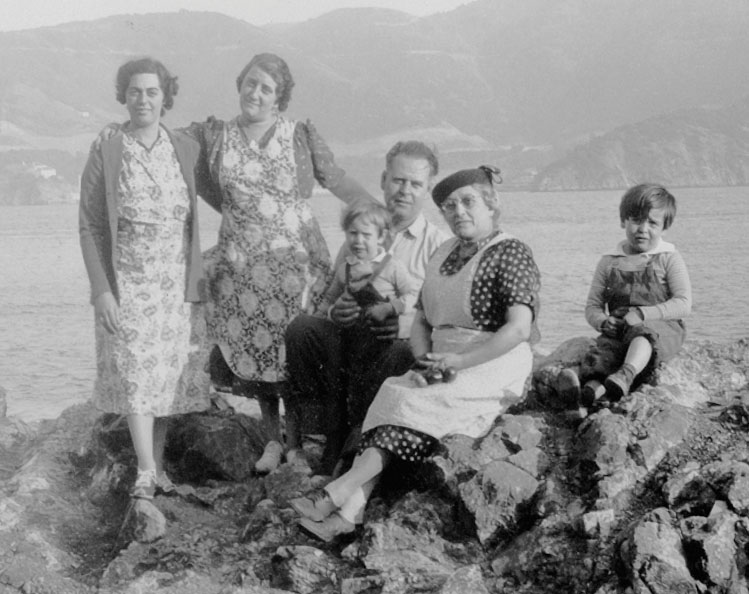 “Woodlands is an extension of our pantry and my family.  We are taking what is typically a mundane and, at times, a sterile experience, and elevating it to a place where it feels like we are opening our homes to the community.”

How does someone do that? Textures, lighting, scents, music, people at the door… it’s an ambience that is second to none and drives both the character of Woodlands and the culture.

“My family rolled up their sleeves and decided not to take a day off for the first couple of years,” he laughs. “I think I worked 1,000 straight days once the doors opened.  But it’s what I love about this business - being present and involved in the range of operations that make Woodlands tick.”

To paint a picture for you, Don basically slept on a small ledge in his office above the store when Kentfield first opened, allowing him to spend even his sleeping hours at his new venture.

Woodland’s has a bountiful, organic flavor to it, and that has come through Don’s efforts to keep the store simple yet detailed, as well as colorful, eclectic, functional, and streamlined. Don has been involved, along with his sister Joanne, in every inch of the store’s design. From the family photographs of the first generation of Santas in the Bay Area, to the craftsman-like architecture of the building and vibrant, rich landscapes in both paintings and décor… Don has truly brought Marin within the woodwork and wonder of Woodlands Market.

“I took what I call a ‘glorified convenience store’ and attempted to make it a staple throughout Marin County,” Don tells me. “Or rather, a second home.”

“When I started to develop Woodlands in the mid-80’s, the design of stores in the area included big advertisements in the windows and turnstiles that felt like they communicated a sterile and impersonal environment,” he says. 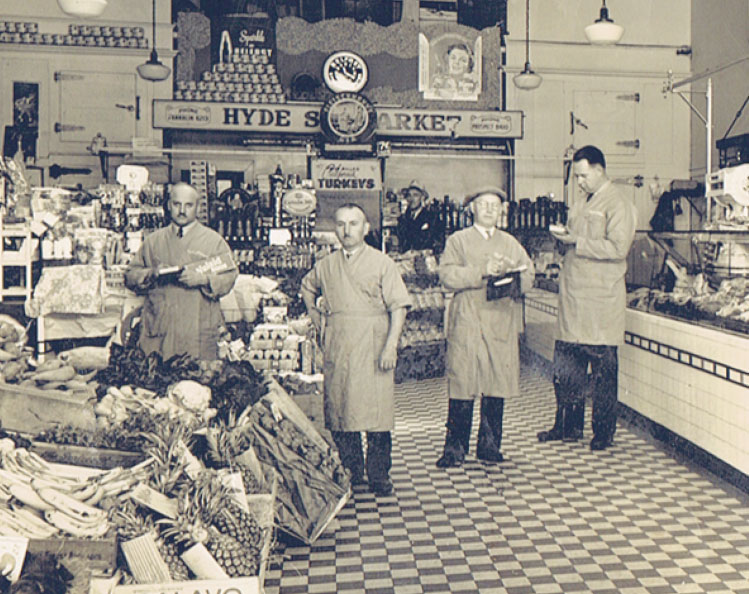 The design of Woodland’s is quite unique, ranging from weather-worn crates spiced up with vintage labels, and harvest-themed décor, to wood rakes, wicker baskets, hanging scales, and stained wood paneling aside locally painted artwork.

The produce spread is also a diverse landscape of local, regional, and international items. “We follow the seasons and the best tasting and best quality fruit,” General Manager and Produce Purveyor, Randy Salinas, says. The company has always steered its ship with a central buying platform for produce.

Randy has been immersed in the produce industry all of his life and has been managing the same department for one company for almost 30 years - Woodlands. He came on before Woodlands was Santa-owned and stayed on when the new owners took over. 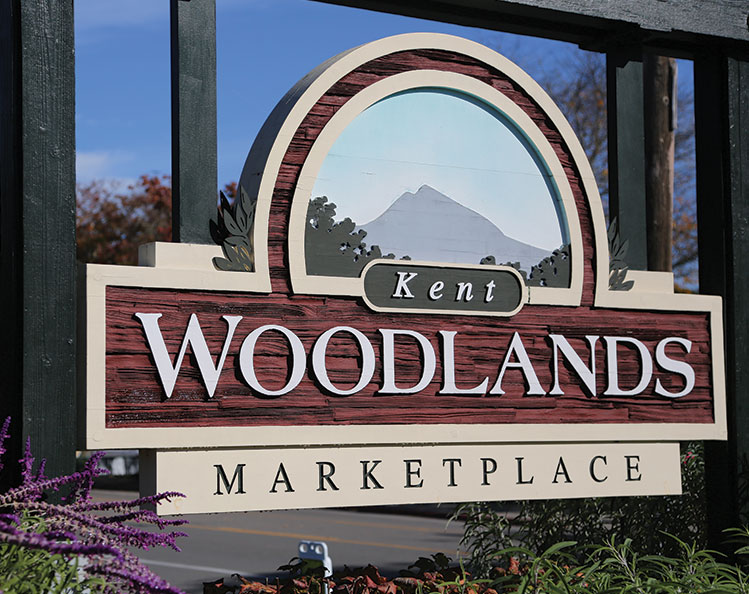 While Randy tries to buy as much produce from local farmers as possible, shoppers will also find produce sourced from all over the world. The mentality is to provide choices for the consumer instead of making the decision for them.

Spot buying is also a key to differentiating the company’s portfolio, which tasks Randy and Don with making that trip to the produce terminal or to the farm and buying the best produce they can find “on the spot.” It has been smooth sailing for Woodlands, with Randy at the helm of the buying team.

Don has had grocery in his blood for generations, but he’s also had great mentors and formed lasting relationships with the retail community over the years. Take Walter Robb and the Whole Foods format for example. Though the two retailers have some markedly similar concepts, Don will be the first one to tell you that they do not necessarily compete in the same circles, regionally.

“I think about what it takes to manage a handful of stores 365 days a year.” Don tells me. “Walter does incredible work, and he has been a great mentor and friend. And yes, while we are all somewhat competitors, we respect each other’s journeys and what each brings to the table. We’ve had different trajectories but relative success.”

That drive and dedication is something that prevails in all parts of his life as one can see in his love for extreme skiing, mountain biking, and all things water. “Now that I have two kids getting involved in their own sports and activities, I have taken on the role of spectator as well. Different seat in the house, but I am enjoying it,” Don tells me.

When I ask him what’s next for Woodlands, he tells me, “We will never stop growing, especially since the demand for our store model has created a niche in Bay Area grocery.”

Woodlands has also branched into the micro-format. The Ross location, a few minutes from Kentfield, is proving to be a successful pilot and possible springboard into more smaller format, quick-and-easy locations. The store features staples like fresh-cut produce and prepared foods as well as a sandwich counter with a range of flavorful and made-to-order delights. The store also offers a friendly haven for students at the elementary school, situated kitty-corner to the destination, with doors always open to after-school explorers.

Don has always strived to make Woodlands a reflection of the diverse landscape and the people of California’s Marin County. With the goal of providing a haven to foodies and fresh food enthusiasts alike, Woodlands is truly welcoming the consumer home. And to think it all started with a need for change and a little bit of blind faith.