Snack Feature: What Can You Learn From How Aston Martin Sold The Vulcan?

In any industry, innovation and new strategies to reach consumers is a must. In the latest edition of AndNowUKnow’s print publication, The Snack Magazine, we look at how James Bond's favorite auto maker did just that when it used its latest superhero car, the Vulcan, to shine a light on its DBX concept that enters a new market not normally associated with the luxury label, and how it gives you an idea of how to widen your advertising scope.

Aston Martin has unveiled “the swan song” for the V12 engine— the all-new, all-luxury Vulcan.

So why are we drawing the produce industry's attention to a car? We'll get to that.

From technology so new that the latest is late, to flames shooting from a titanium, two-sided exhaust, this is the sports car that Design Chief Marek Reichman says illustrates the “visual language of our future sports cars.”

Built around a carbon fiber tub, the Vulcan is made almost exclusively of exotic, lightweight materials and is anticipated to have a top speed of 200-plus miles per hour, according to the UK’s Autocar. 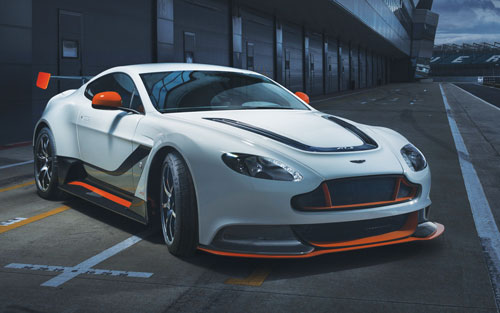 The Geneva Convention was all abuzz with the glamour of a sports car Bruce Wayne and James Bond would fight over... and a fight would be necessary. With a £1.5 million (U.S. $2.33 million) price tag, Aston Martin has declared that only two dozen will be made.

So, on a practical level, what are we really talking about?

Aston Martin is not unaware of how extravagant this will be to most consumers. In fact, you could say they’re counting on it. Behind curtain number two, the luxury label unveiled something entirely new to the auto world; the very first all-electric, all-wheel DBX.

Therein lies the genius of this marketing tactic.

If you worry that price will scare your target audience, first show them a product that will make your original sale much more affordable by comparison.

An entirely out-of-the-box idea for Aston Martin, the new DBX concept brings a sleek, yet sporty body to an audience that would not originally think of owning an Aston Martin. And while the vehicle is not yet available on the market, the cost and practicality of it will always seem achievable next to the Vulcan. 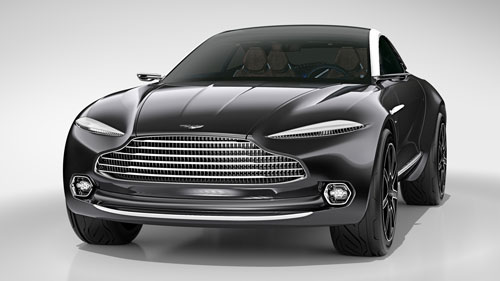 A generational leap from the DB10, the DBX is a coupe with 5 seats. That’s right. 2 doors, 5 seats, and an in-board electric motor system fueled by lithium batteries for maximum energy. It is a surprise that auto and tech reports are already sizing up against Tesla’s 85D.

“The DBX Concept is a challenge to the existing status quo in the high luxury GT segment,” Dr. Andy Palmer, CEO of the company, said on the brand’s official site.

The DBX would bring super gadgets to the suburban-driving world. All windows contain a toughened ‘smart glass’ inter-layer that dims automatically, the carbon ceramic brakes have a kinetic energy recovery system, and rear-view cameras replace mirrors.

The heartbreak? She’s still in the conceptual stages, though hopefully not for long...

“We will, in due course, be entering a car into the new DBX space and I am very much looking forward to seeing how this concept is received not only [at the Geneva Convention] today, but also by our legion of existing loyal customers and by those potential customers around the world who have, to this point, yet to consider one of our cars,” Dr. Palmer said.

So there you have it.

In order to make a concept that wouldn't have been considered by a certain audience, Aston Martin set it next to something that would dazzle them. We aren't saying to sell your blueberries by making a swarovski crystal berry at ten times the price... but it's an idea.

And thats what this is really about, new ideas.