PHOENIX, AZ - Resuming its plans for rapid growth, Sprouts Farmers Market has added six more locations to its 2018 strategy. Spanning five states and slated to join the banner’s chain in the second quarter of 2018, this brings Sprouts’ new store count for the New Year up to about 30 across the U.S.

“Sprouts’ knowledgeable and friendly team members are the hallmark of our stores,” said Dan Sanders, Chief Operations Officer. “We’re excited to meet our new neighbors in Simpsonville and introduce them to our fresh, natural, and organic products at value prices across the store.”

The new Sprouts stores will open in:

These are in addition to the multi-state expansion announced last October, and the latest store in Simpsonville, SC, represents Sprouts’ 16th state and the grocer’s eastern expansion efforts, according to a press release. 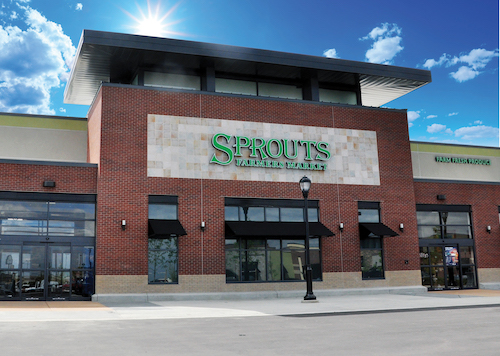 The retailer’s plans to also open stores in Maryland, Pennsylvania, and Washington state this year effectively bring its state count to 19 before 2019.

A list of stores by region, as well as locations coming soon, can be found at sprouts.com/stores/search.

Applications and immediate opportunities are listed at sprouts.com/careers. Each store will bring approximately 120 new career opportunities to its local neighborhood. Grand opening dates and hiring information will be shared at a later date.