WENATCHEE, WA - After debuting in just 2017, Stemilt’s Rave® apple is ready to make an even bigger splash this year. Rave, the trademark name for the MN55 apple cultivar, is an early-to-ripen Honeycrisp cross with an outrageously juicy flavor, and will have consumers raving once again starting around August 6th. 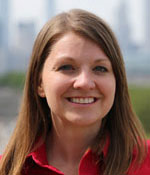 “It’s almost time to build upon the incredibly successful launch year of Rave apples,” said Brianna Shales, Communications Manager. “We have a bigger crop than in 2017, which is expected as more trees continue to come into production now and over the next few years. That means more shoppers than ever before will get to enjoy the crunch, snappy zing and refreshing flavor that Rave brings to produce departments each August.”

Ramping up its delectable qualities as the young trees develop and mature, Stemilt is expecting even better color and larger sizing for Rave’s second season. Near-perfect weather in eastern Washington throughout the spring and summer season has perfectly prepped Rave’s sugars, acids, and juiciness, Stemilt reported in a press release. 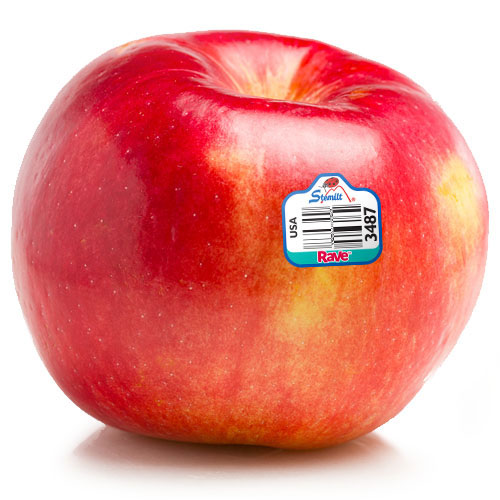 “With volumes still not enough to match demand, we anticipate a short, but very sweet season for Rave,” said Shales. “It has the flavor and appearance to kick-off the first five weeks of apple season with a bang. This second commercial crop gives us the opportunity to keep introducing people to Rave and build fans for what we know is a great future for this apple.”

A cross between Honeycrisp and an unreleased variety called MonArk developed by University of Minnesota’s senior apple breeding researcher David Bedford, MN55 was born two decades ago through natural cross-pollination. Bedford is the same breeder behind the Honeycrisp and its successor, SweeTango® brand Minneiska cultivar apples.

“It’s unheard of for an apple to fully color and ripen in late July in Washington State, but that’s what the MonArk parentage does for Rave,” said Shales. “Being early isn’t enough to win over consumers and that’s where the Honeycrisp parentage comes in. Shoppers truly raved about Rave last year because of its bite and juicy flavor.” 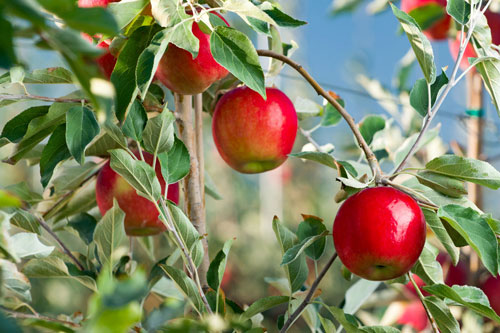 Stemilt offers an array of merchandising tools for retailers, including high-graphic cartons the apple is shipped in, POS signage, and a toolkit with social and digital assets. On the grower’s end, Stemilt is planning its own word-of-mouth activities to continue introducing Rave to shoppers and build upon its social side, Shales said.

“Rave is the social apple that you have to tell someone about after trying one. We’re supporting the brand and its social side with consumer events, influencer outreach, and geo-targeted activations in the markets carrying Rave to ensure your shoppers know about its availability and short season. It’s going to be fun,” said Shales.

For more on this apple as it makes its way to retailers once again, AndNowUKnow will be sure to give you something to rave about.