Back by popular demand, the VOC is continuing the “V” campaign this year with V*Inspired which highlights the versatility and benefits of Vidalia onions.

“The V*Inspired messaging will feature an authentic voice that highlights the growers, our new spokeswoman Whitney Miller, and a 12-year old chef with an inspirational story,” Susan tells me.  “We’ll be featuring the growers and the growing process on our social media sites to educate consumers on where and how Vidalia onions are grown. The growers will share their passion for growing these premium sweet onions and share what makes them unique.” 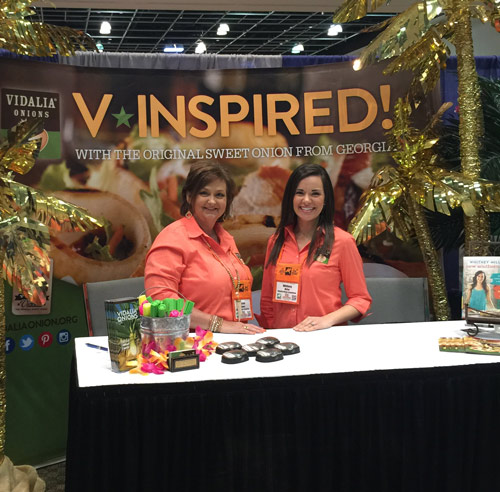 New spokesperson, Whitney Miller, is an author and blogger who was the youngest contestant and winner of Fox’s first America’s Masterchef. Whitney has authored the cookbook Modern Hospitality: Simple Recipes with Southern Charm (Rodale), and most recently her New Southern Table (Harper Collins Christian Publishing). The young chef has had her recipes featured in the Masterchef and Ultimate Masterchef cookbooks. In addition, Whitney is a food writer with magazine articles in Flavors (Atlanta), Taste of Home, and Southern Living to name a few. 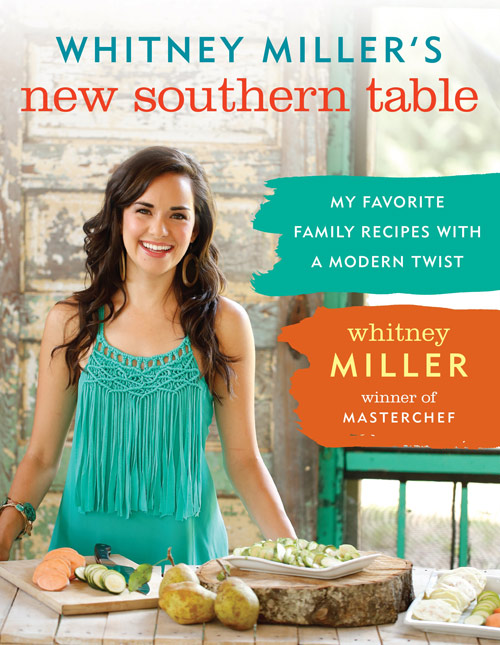 “Whitney will be making guest appearances on the Vidalia Onion Committee’s social media sites, develop a series of southern recipes with a modern twist and highlight Vidalia onions on her blog,” Susan adds. “She will also be featured on our graphic bin wrap for retailers and her recipes will be included on a Point of Sale (POS) tear-off pad that retailers can use on the bin or on the shelf.”

As part of the V*Inspired messaging, the VOC has teamed up with a 12-year old aspiring chef, Chef Lucas Hobbs, from Minneapolis, who was diagnosed with Hodgkin’s Lymphoma in January, 2015.

“Lucas is now in remission but during his hospital stay he became inspired by the movie Chef, and The Food Network. When the Make-A-Wish Foundation asked Lucas for his wish, he requested a food truck to feed the doctors, nurses who cared for him, along with the pediatric cancer patients,” Susan says. 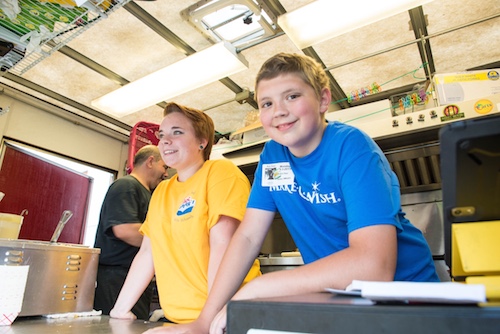 To further rally around the cause, the VOC has teamed up with the National Turkey Federation to host food truck events in key cities where funds raised will benefit the Chef Lucas Food non-profit organization. The organization’s goal is to do good with food that is served to pediatric cancer patients and their families, via restaurants and chef-designed meal kits for creating delicious means at home. 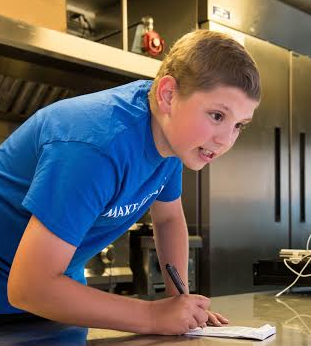 Along with the multitude of POS materials available online at the retail section of VidaliaOnion.org., the VOC is also offering Dietitian Tool Kits for the first time.

“The VOC will be offering resources for supermarket dietitians that will include nutritional recipes, nutritional information, sample blog and social media posts. The kits are designed to give dietitians all the tools they need to communicate to their shoppers,” Susan notes.

Last year the VOC surveyed retailers across the U.S. and as part of this study, the retailers surveyed requested more information on best merchandising practices for produce managers.

“This year, we’re combining sales data research with merchandising tips to create a training guide for produce managers in our Retail Merchandising Guide,” she adds.

“Because Vidalia onions are such a well-known brand, the start of the season has become a springtime event for the produce department.  Retailers build large displays to announce the start of the season with high-graphic bins and secondary displays. This not only drives Vidalia onion sales but also increases sales for the onion category,” Susan says.

Keep an eye out on more from the VOC and the Vidalia onion season on AndNowUKnow!