SALINAS, CA - The California heat came in for another triple digit round last week, creating challenges for companies in the Salinas Valley, CA. While growers are doing what they can to mitigate the effects of the heat, volume has been impacted, and there will be a tighter veg market ahead on some Salinas staples. 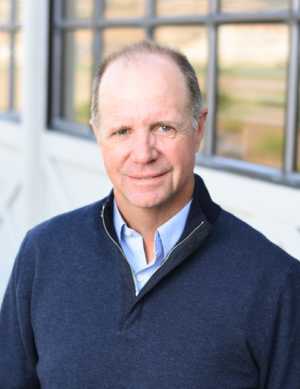 “The last 5 days we have experienced a record heat wave, with triple digits temperatures all the way to the coast. The weathermen did not see the severity of this one coming. At least the humidity is low, however, Hurricane Linda is moving north and there is a slight chance of rain or at least higher humidity,” Mike Antle, Executive Vice President and Chief Operations Officer for T&A said in his Straight Talk update on Friday.

Weather has taken a turn for the cooler and humidity is higher as expected.

At this point in time, demand is exceeding supplies on many items for T&A including lettuce, which will see higher prices moving forward. Week 38 and 39 are forecasted to be closer to budget, but the market should stay strong because of the lighter volumes.

“The Yuma planting season was hit by this same system Tuesday night with heavy, flooding rains. This should affect November harvest,” Mike added.

For T&A’s romaine hearts and mix leaf, supplies are closer to normal and quality is good.

Celery and celery hearts are at budget and quality is excellent, Mike noted, but to expect steady to higher prices as other production areas are having less influence on the market.

The recent heat wave has also affected broccoli volumes and we should see a tightening market moving forward.

On the flip side T&A’s Tennessee Living Lettuce is available in promotable volumes along with Artisan Lettuce and Romaine.

Mark McBride, Sales, for Coastline tells me, “This Salinas season has been one unusual weather pattern after another. The current yield-reducing issues we are facing on all items has been a result of the lengthy time we’ve experienced warmer daytime and nighttime temperatures. The higher nighttime temperatures do not allow the plants to ‘rest’, and they essentially grow 24/7.”

For example, Mark adds, on iceberg lettuce, the abnormally prolonged, warm growing conditions force the plants out of their ‘comfort zone’, and can lead to different levels of maturity. Mark also noted that on hot days Coastline needed to curtail harvest—for both the product and the crew’s wellbeing.

The last several weeks of abnormal weather that Salinas, and much of California, has encountered, coupled with the last 6 consecutive days of 90 to 100+ degree days, is creating challenges across many categories. Stay tuned as we continue to dig deeper into the region's markets in the coming days.

A top tier shipper in the Salinas Valley, Coastline still operates under the management of the company’s partners, who...