FLORIDA & MEXICO - Hurricane season looks to be upon us, with coming storms looking to make landfall in between Nicaragua and Mexico’s Yucatan Peninsula early next week. 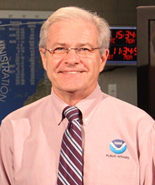 “We have entered the peak of the season, which is mid-August through late October,” said Dennis Feltgen, spokesman for the National Hurricane Center, in an email to the SunSentinel.

The most recent Hurricane, Hurricane Gert, has dissipated, according to the report. But hot on its heels is more to come, according to weather experts. Last night’s brewing system, which shaped Tropical Storm Harvey, has been given a 100% chance of becoming the next hurricane by Monday morning. At the time of the report, there was no threat to Florida, while two other tropical cyclones are still to be determined.

“The other two systems are too far out to determine if there will be any impacts onto the U.S. and Florida,” Feltgen said. 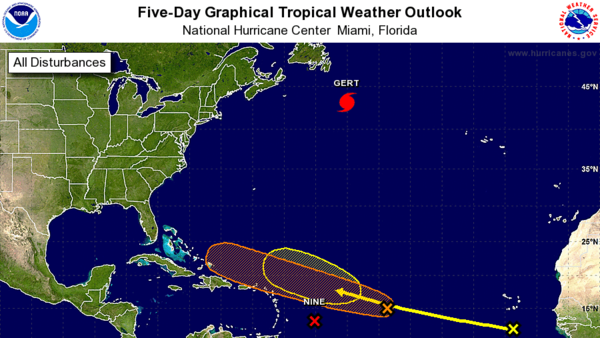 The two disturbances in the Atlantic are still at least 2,000 miles from Florida, SunSentinel noted, with one likely to dissipate in the next day due to the atmosphere’s conditions. The second, more likely system to survive, has been given a 30% chance of becoming a tropical cyclone over the next 5 days.

Further south the National Hurricane Center is eyeing what could become Tropical Cyclone 9, a “cone of error” which could touch down anywhere from Nicaragua to the Yucatan Peninsula. Which direction it goes will determine when that happens: if closer to Nicaragua then it could make landfall on Monday, whereas that will not happen until Tuesday if it makes its way northward towards Mexico.

Traditionally, weather experts waited until “potential tropical cyclones” became depressions at minimum before issuing advisories. This year, however, watches are being issued earlier in the interest of giving more time for preparation.

AndNowUKnow will continue to eye these and other weather occurrences that could influence produce growing or transport regions.