SOUTHWEST U.S. & BAJA CALIFORNIA – As Tropical Storm Javier continues its eastward swirl towards the America's west coast, meteorologists are predicting that the storm will bring heavy rains, high winds, and possible flooding to the Southwestern U.S. as Javier moves close to Baja California.

The storm inched in on the shores of Baja California last night and early this morning, according to Weather.com. Authorities have issued tropical storm warnings and watches for parts of Southern Baja California, and a hurricane watch from Cabo San Lazaro to Los Berriles. 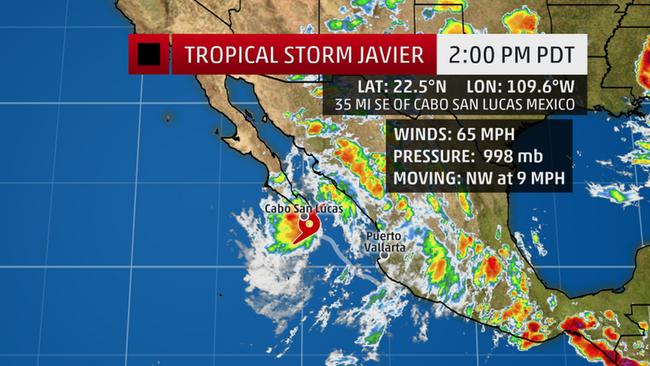 For these regions, officials expect winds to increase and remain gusty into Tuesday, predicting that damage could be caused to trees and power lines. Rainfall is expected between 3-6 inches, which could cause potential flooding.

The increased moisture and rains from the storm will also impact the Southwestern U.S. late tonight as the storm continues to move closer to land. These regions have also experienced localized flash flooding from thunderstorms over the past few weeks.

"Javier will help to enhance the stream of moisture that has already been consistently feeding into the Southwest," AccuWeather Meteorologist Jake Sojda said. "Wednesday will hold the most widespread threat for heavy rain, thunderstorms, and flash flooding from Arizona and New Mexico, into southeastern Utah and southwestern Colorado." 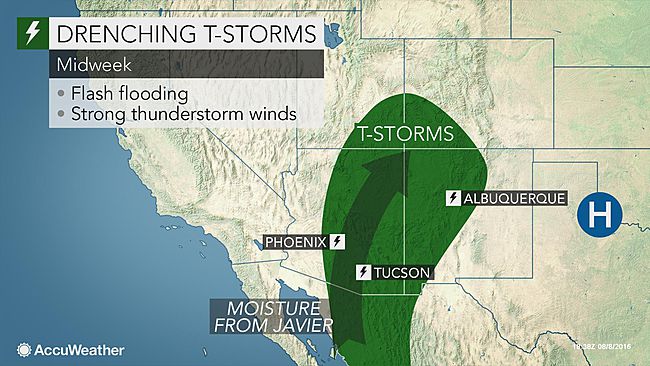 Residents of these regions are cautioned to be aware of weather conditions are rainfall rates could commence in spurts and exceed an inch per hour across the Southwest, according to AccuWeather. Meteorologists say the regions to experience the most rain and flooding will span Phoenix and Tucson, AZ, to Deming and Silver City, NM.

Weather.com reported that Tropical Storm Javier is partially composed from the remnants of Hurricane Earl, which affected the Mexican coast and Belize.

As the storm progresses and impacts industry regions, AndNowUKnow will continue to have up-to-date announcements.