KYODO, JP - A set of Yubari melons—a variety of cantaloupe—were sold to winning bidder Shinya Noda, President of Hokuyu Pack, a fruit and vegetable packing company, for a mind-bending $29,000 (3.2 million yen) at a Sapporo wholesale market in Japan.

According to Mainichi News, these melons—which were purchased in the first auction of this harvest season—went for more than the previous record-holding pair, which sold for 3 million yen in 2016. 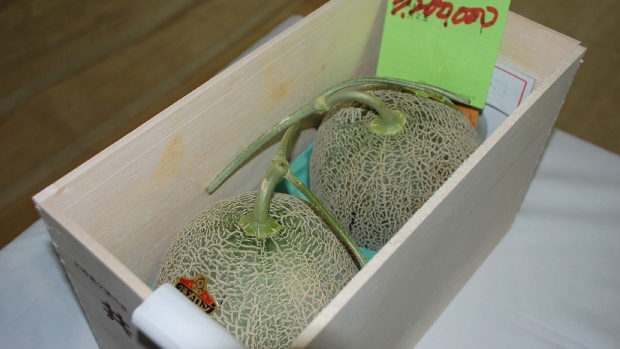 “I wanted to make a record-setting bid by all means,” said Shinya Noda.

Mainichi reported that the luxury fruit would be on display until the month’s end. After that, the melons will be sliced up and given to Noda’s customers, free of charge.

For the latest in record-breaking fruit purchases, keep following AndNowUKnow.