UNITED STATES - Uber is synonymous with ridesharing, but will it soon become synonymous with grocery? CEO Dara Khosrowshahi said that due to the company’s success in the delivery of food—which reached $6 billion in bookings earlier this year—it makes sense to take another look at the grocery market. 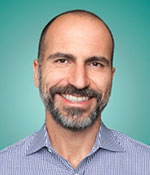 “With [Uber] Eats, we’re getting into the business of moving food around. I think that this product of delivering great quality food to you at home in 30 minutes or less is magical and is going to move into grocery in a way that’s fundamental, and a lot more people are going to be eating at home … you can absolutely see grocery as being an adjacency,” he said, according to Yahoo Finance.

Earlier this year, Uber partnered with Walmart to test out grocery delivery, but the project was shut down in May after only three months. 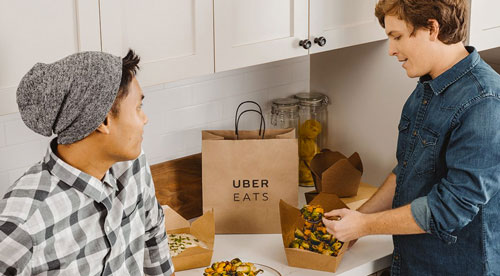 As Uber looks to fly solo in the grocery space, it has some formidable competition to consider, including Instacart, Amazon Fresh, and Postmates Fresh.

“Eating is something you do three times a day. So these are habits that go very, very deep. And someone needs to be the orchestration layer for people moving around cities, and I think that can be us. It’s an enormous opportunity. The real challenge for us is where do we focus and where do we partner,” Khosrowshahi said.

Willl Uber’s foray into grocery pay off? Will potential retailers step forward to become its partner? AndNowUKnow will keep you posted with the latest.