NOGALES, AZ - In what U.S. Customs and Border Protection are calling the biggest fentanyl bust ever, a whopping 254 pounds of the illegal drug was captured Saturday, January 26, inside a tractor trailer carrying cucumbers into the United States. The fentanyl—worth $3.5 million—was found in addition to 395 pounds of methamphetamine worth $1.18 million, according to local news source KGUN 9 On Your Side. 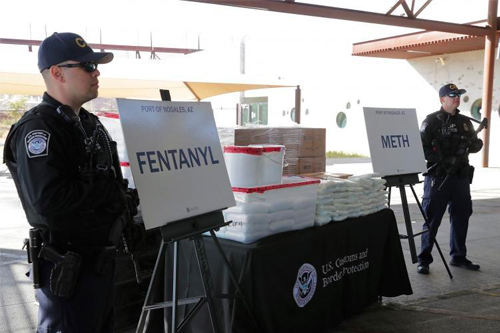 How was this large amount of drugs discovered? Currently, agents will not say what alerted their suspicions to the trailer, but suspicions were alerted all the same. After inspecting it with an X-ray machine and a drug sniffing pup, the hidden compartments were discovered. 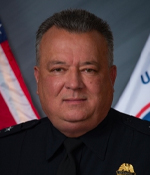 “I want to express my gratitude to the CBP officers involved in this case and Nogales personnel who selflessly perform their duties with dedication, vigilance, and professional even during a funding hiatus,” said Nogales Port Director Michael Humphries in a press release. “Opioids pose a real danger to every community in America and are having fatal consequences across our nation. This past weekend our CBP officers were able to stop an enormous amount of these deadly narcotics from hitting our streets.”

According to a Los Angeles Times article on the same drug bust, Mexican drug traffickers have been increasingly smuggling fentanyl in larger quantities into the United States, hiding the drug in vehicles such as tractor trailers. The most common ports of entry have been through Nogales, Arizona, and San Diego, California.

For the latest in how unsuspecting produce is getting wrapped up in nefarious ways, keep reading us here at AndNowUKnow.