MILLEN, GA - In another major appointment to its officers for the coming year, the Southeast Produce Council (SEPC) has named US Foods’ Category Manager for Fresh Produce, Frank Swanson, to its Board of Directors. 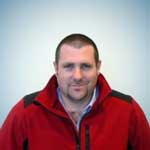 “As part of our ongoing focus to work with a selected group of associations in Fresh Produce it is great to have one of our own be honored by being selected to the Board of SEPC,” said Christian Harris, US Foods’ VP of Produce. “We want to be involved in helping to shape the future of the produce industry and be part of the solution to problems facing our industry today. We are really excited for Frank to join this board. Frank has been a strong supporter of the SEPC from the beginning and will now be able to use his extensive produce experience to continue the great work that they do.” 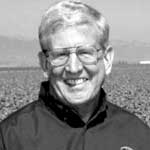 Swanson has been working with US Foods for over twenty years under several different leadership roles. According to a press release, he is currently tasked with leading US Foods’ operations across the 61 markets as an integral part of the [email protected] Produce focus of the organization.

This is not the only high profile appointment the SEPC board has made over the past few weeks. The Fresh Market’s Teri Miller was appointed as the council’s first-ever female President at last month’s Southern Innovations Symposium conference.

Miller has been on SEPC’s Board of Directors for the past 7 years, and was on the founding committee of Southern Roots, an SEPC program that works to provide support, education and mentorship for women working in the produce industry. She is the former Category Manager for Food Lion, as well as  a Certified Public Accountant and a Certified Information Systems Auditor.

With these foodservice and retail mavens at the helm, how will SEPC continue to help shape the industry in the year to come? Stay tuned for more coverage on the influential produce council.