Walmart Nominates McDonald's CEO to Board

BENTONVILLE, AR - This week, Walmart announced it is reshuffling the members of its Board as Instagram Founder Kevin Systrom leaves. According to Bloomberg, Walmart has nominated McDonald’s Chief Executive Officer Steve Easterbrook as it looks to bolster its board with advisors who have experience abroad. 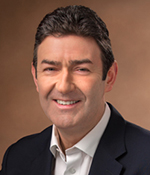 Easterbrook has led major initiatives by McDonald's to incorporate more fresh ingredients and offer healthier alternatives, having previously commented on a desire to use the company's scale to provide better options to consumers.

After four years on Walmart’s Board, a regulatory filing released last week announced Systrom is departing to prioritize work and his other outside commitments and will be replaced by Easterbrook.

Walmart’s Lead Independent Director James Cash is also retiring from the board after 12 years, with existing Director and former Head of American Airlines Thomas Horton replacing him.

For more of the latest happening on the retail-side of our industry, stay tuned to AndNowUKnow.